Posted by Nathan Hinds on March 31, 2012
What do you do on nights when you are bored out of your mind? You sometimes do things you know you will regret. Surprisingly though, what sometimes seems like a terrible idea at the time, can turn out to be a rather enjoyable experience. Thus was the case with my choice to view “Mirror Mirror”. 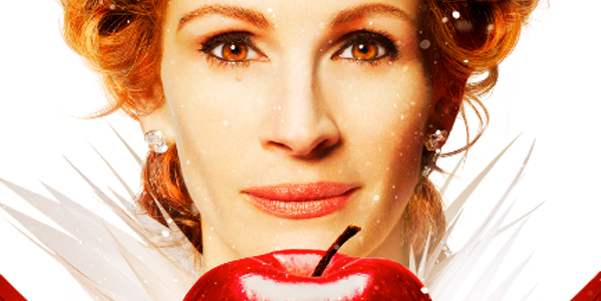 “Mirror Mirror” is the first of two Snow White adaptions coming out this year. The latter of the two, “Snow White and the Huntsman”, still looks superior in every way, but now it looks like it won’t be such a one sided race.

Now, I don’t want to give people reading this view the wrong impression. I’m not saying this movie is great, because it’s not. This is just a case of my original expectations for the film being so incredibly low, that there wasn't anywhere to go but up. My low expectations for the film were brought about by a combination of two things: how bad the trailer for “Mirror Mirror” was, and how amazing the trailer for “Snow White and the Huntsman” was. To be honest, I never even had any intention of watching this film. I was perfectly happy expecting to never see it, or at best checking out someday on DVD. For whatever reason though, I let my guard down for a second, and gave the film a chance.The film was directed by Tarsem Singh. For anyone unfamiliar with Singh’s style - and understandably so due to the short list of films he’s directed - he has a very elaborate visual style. That was the only thing about the movie I thought would be good going into it, and it was definitely one of the films strengths. The entire film is very easy on the eyes, from the bright costumes, to the dreamlike set pieces. Singh definitely was successful in creating the essence of a fairytale world.

The film stars Julia Roberts as The Queen. Her performance was definitely the highlight of the film for me. I didn't expect to see her put much into this role, but you could tell she was really having fun with it. I think Roberts' performance really set the tone for the whole movie, and for the rest of the actors involved with the film. While some of the characters will be easier for kids to enjoy, Roberts' character was there for all of the adults in the room to enjoy. From her sexually repressed, bitchy attitude, to her jabs at clichés from other fairytales, it was one of the most enjoyable roles I’ve seen her take on in quite some time.

Another role I enjoyed a lot more than I expected to was Armie Hammer’s role as Prince Alcott. His comedic timing in the film was pretty solid. Some of the most enjoyable scenes in the film are shared between Hammer and Roberts, who seem to play off each other very well. Nathan Lane also gave a good comedic performance as The Queen’s right hand man, Brighton.

Playing the role of Snow White was Lily Collins. Her character didn’t do much for me. It wasn’t bad, but nothing really stood out about it. She was cute and likable, but frankly, there are 20 different teen/young adult actresses out there who could’ve pulled off the same role just as well. There was no "it factor" for her; nothing that will make me remember her role in the film. If anything, I'd just say that her role was more for the kids.

Now like I said, this movie isn’t perfect and the film had several things that I just wasn’t digging at all, starting with the Seven Dwarfs. In a movie where the director is clearly not trying to take himself too seriously, these guys were still too over-the-top. I’m sure kids will find their antics funny, but it just seemed like they tried to find every funny personality cliché that they could for each one of these guys. Another part of the movie that fell completely flat was the monster at the end of the film. I’m not saying you need something as menacing as “Alien” or “Predator”, but something a little more scary than what looked like a a grey Chester Cheetah with a snake tail would have been nice. Couldn't they have found a happy medium? This film also wasted the presence of Sean Bean, my all-time favorite supporting actor for any sort of fantasy movie or costume drama.

Overall, this isn’t a movie that’s going to win any Academy Awards, but then again, they’re not trying to. That is the best way to sum up the movie: the filmmakers weren’t trying to take themselves to seriously, and were just having fun with the subject matter. While that attitude didn’t translate into a masterpiece, it did translate into an enjoyable watch for myself, and what I'd expect for most age groups. For me, while this film won’t touch my Top 25 Of The Year list, I definitely didn’t feel like I wasted my time watching it; and considering that I thought I would hate the film going into it, I would say it was an overall success. While I’m not expecting everyone to like this movie, and would fully understand if people didn't, I think it's at least worth giving it a shot. Unless your a fan of these light-hearted fairy tales to begin with though, I would save your ten dollars and wait for that DVD release.