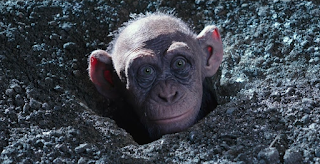 So, yeah… I’m extraordinary late in posting this. We usually try to get these out the week leading up to the Oscars, but it just got away from us this year. Why so late? Our excuse is found in the title of the website.

Blockbuster and blockbuster-ish genre cinema made a strong impression on me in 2017. We witnessed exciting additions to existing franchises and moving conclusions for well-established characters. That isn’t to say the “prestige” films didn’t do it for me, too. They did. They just didn’t hit the same marks or get me as excited. Overall I think it finds a good balance, so please enjoy. And as always, many of my descriptions are spoiler-filled. Beware!
15. I, Tonya
I remember it like it was yesterday.

14. Guardians of the Galaxy: Vol. 2
This installment of the franchise didn’t seem to have much movement, and our characters were separated for the majority of the film. All of that served the plot, but it also deprived us of what we like about these characters: their group interaction. Even with those misses, there were still enough fun and beautiful moments to place it on my list.

13. Get Out
The marketing for this film was great. Going in knowing little made for quite a few jaw-dropping moments. With it being such a cultural phenomenon I’m sure the twists and secrets are out, but if someone hasn’t seen it yet, the film feels strong enough to land perfectly even with a few spoilers going in.

12. Three Billboards Outside Ebbing, Missouri
The acting was dynamic and some of the most memorable of the year.

11. The Shape of Water
It’s odd to talk about this list after the Oscars have already taken place, but I guess I get that opportunity. So here goes... I’m delighted that a fantasy/monster movie won Best Picture.

10. Thor: Ragnarok
I think the first Thor film is one of the worst in the Marvel Cinematic Universe (MCU). I disliked it so much that I didn’t find any drive to see Thor 2. I think that was the first superhero movie I didn’t see in the theater in this modern era of the genre. When I heard about the third installment, I felt apathy towards it. Then I saw the trailer. It changed my mind instantly. It was clear they learned a thing or two from Guardians of the Galaxy: Vol. 1. They learned to go full chuckle-house. With the genius comedic mind of director Taika Waititi, Marvel made me do a full 180 on Thor. Maybe I’ll see the second one someday.

9. Split
I am just so elated for M. Night Shyamalan. He brought his A-game and brought twists back into his storytelling, but in a new and exciting way. James McAvoy’s performance is a tour de force. Be sure to go back and watch Shyamalan’s directorial work from 1999 – 2008 before diving into this one. Skip the rest. Eh, skip The Happening (2008) too. Replace it with The Visit (2015).

8. Kong: Skull Island
I enjoyed this when I watched it in theaters and have since bought it and watched it many times more with enjoyment. There’s a little too much winking at the audience for what I want, but not enough to turn me off of the film. But it is enough to put it in the lower half of this list. I’m a fan and I can’t wait to see what else this franchise has in store for us.

7. A Ghost Story
Last Action Hero instilled a dream in me: a dream to see a serious live-action movie with a 2-D animated character. None of the other characters make mention of it and it doesn’t pertain to the plot. Imagine if Willem Dafoe’s character, Caravaggio, was animated in The English Patient. That’s what I was looking for. A Ghost Story is the closest I’ve gotten. I hate to say this about a ghost movie, but this movie is haunting, and one of the best of 2017.

6. The Big Sick
If you’re not into romantic comedies, this one may be for you. Also, Holly Hunter and Ray Romano dominate. They are a powerhouse supporting cast, and I’m disappointed the Academy votes weren’t enough to get them nominations.

5. Call Me By Your Name
NEVER WALK OUT OF A MOVIE! This is the perfect reason why. Sometimes the end is the crutch that elevates everything else you’ve just watched. I’m not saying the rest of the movie is bad, it’s not. Not at all. But I can imagine the pacing of the film turning people off and leading them to walk out. Don’t let that happen to you.

4. Blade Runner 2049
This was an odd experience for me. Usually when I feel like a movie is long, it falls in the I-didn’t-care-too-much-for-it category, like Lawrence of Arabia. Lord of the Rings: Return of the King is objectively long when compared to most other films, but it doesn’t feel long to me. Blade Runner 2049 felt long, yet I absolutely loved it. It fell in the whoa!-this-is-amazing category. It excites me that I can still be surprised with new responses like this from the movie-going experience.

3. War for the Planet of the Apes
I think this was the best movie of the year. Biblical story telling, top-notch acting, and effects beyond anything we’ve seen in cinema elevate it to an unparalleled level. However, it’s a difficult watch. This movie wasn’t made for casual repeat viewings. It’s harsh. Those factors push it down a bit for me, as they relate to your potential experience.

1. Logan
I’ve mentioned on other end-of-the-year lists how important the X-Men franchise is to me. It’s let me down a couple times, but when it hits, it hits big. That’s what happened here. It borrowed from classic genre films that came well before it and still managed to subvert many of the expectations we have for superhero films. It was a breath of fresh air and what I’ve been waiting for in this genre/from this franchise. It’s not perfect, it uses one tired trope, but it’s been earned. Its use isn’t flippant. Even with my nitpick criticism, it still tops my list as my favorite movie of the year.