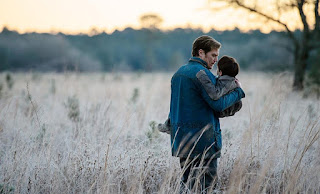 What a year. For both good and bad, whether personal or what was going on in the country, 2016 was the biggest year of my life. With all that was going on, last year was easily the least amount of time I devoted to watching movies. I still saw a lot of titles, but I crammed most of them in over the last two months. While my opinions haven’t had their usual time to marinate, most of what I’ve seen is still really fresh.

Before I get to my list, I will say that the main thing I took away from this year was how lazy major Hollywood productions have become. I’m talking summer blockbusters, franchise films, things like that. I know it’s not something that just came out of nowhere, but 2016 seemed to easily take the cake as one of the most underwhelming for big budget films. It’s almost like Hollywood developed an allergy to new ideas. Luckily there were plenty of fantastic independent films to pick up the slack this year and make this a fun list to compose.

Nice to see a quality sports movie outside of the typical baseball, basketball, football triangle. It’s just a great film about channeling positivity and determination. This guy did whatever it took to represent his country, despite the best efforts of those around him trying to stop him just because he didn’t fit their mold.

This isn’t necessarily the most enjoyable watch, but I’ll argue that Denzel Washington gives the strongest performance of the year with this movie. Plus it highlights a lot of what I don’t admire about how older generations went about life. Many of the themes are ones I can’t relate to, and this shows just how unappealing the whole get a job, work there your whole life, retire thing can be; all the people living those incredibly unfulfilling lives. I admire hard work, but why do so many of the older generations seem to get so riled up about younger people wanting to channel that towards things their passionate about? We only get one shot at this, folks; might as well enjoy it as much as we can.

There are much smarter people than I who have written much better commentary on this film than I ever could. What I can say is that I think this was the most important film of the year. It’s quite incredible to see how differently folks without my privilege have to go about their lives despite all of us being so similar when you really look at it.

For some reason, this kind of felt like a B-version of “Gone Girl”. Very similar tones and reveals, but somehow it just missed on being really great. Still, there were several unexpected plot elements I happened to relate to that made the film very engaging.

11. Manchester By the Sea

Simple and somber, yet profound. Casey Affleck gives this year’s other powerhouse performance, and I'm glad the Oscar is going to come down to him and Washington - both are incredibly deserving of the win. This was such a downer of a film, but it never seemed to drag for a second.

I think John Goodman has officially entered the just give the man an Oscar already category. This film has such good pacing. One of the few good films from the first half of the year.

One of the best war films of the last decade. It’s an impressive thing to have a main character whose religion is the driving force of the movie and me not have a single problem with it. Plus, the battle scenes are some of the best I've ever seen.

There’s a lot of good words to describe this movie: crisp, sharp, slick. It’s just a good looking film and it moves at a great pace. Jessica Chastain kills it as usual. The woman doesn’t miss.

I wish the Oscars didn’t have this recent history of patting themselves on the back  to pick the Best Picture winner - because this is easily the one I could get behind more than any of them. The soundtrack is great, and the actors are charming and have good chemistry. I don’t even think the events of the story matter all that much. It’s more of a novelty as a film.

Perfect tone, perfect pacing, perfect casting, and perfect acting. The premise is nothing new, but the dedication to focusing on the characters and their relationships is. And it worked.

This would challenge for a top-5 spot on my alien film list. Mostly for how original it made the whole genre feel. This easily has the most authentic feel of any alien film I can think of.

This might be the quickest I’ve gotten hooked on a movie. Those first five minutes were so good. The music, the tension of the unknown (but knowing something important was happening) was so strong right out of the gate. The payoff may not have been exactly what I wanted, but it was still a great ride.

3. Hunt for the Wilderpeople

I love nature, I love anything from New Zealand, and I love coming-of-age stories. This movie was witty, had a lot of heart, and the actors all worked great together. And sadly, most people probably haven't even heard of it. If you'r reading this now and haven't seen it yet, go watch it immediately.

This definitely isn't a movie for everyone. In fact, most people in this country would be turned off by a lot of this guy's ideals. Then again, a lot of people in this country have a lot of dumb ideals... There are obvious flaws with the way the main character goes about instilling his values, but the world would be a far better place if society as a whole adopted more of these ways of thinking.

I said my last film wasn't for everybody, but this beauty brings that to a whole new level! I feel like this is one of those films that most people either love or turn off after 15-minutes. Are you intrigued yet? I don't want to say a thing about the plot, simply say that this movie slapped a big goofy smile on my face and once it was there, it didn't leave until the movie was over. Before watching this, I'd felt like over the last couple of years my love for movies had been declining; but this movie definitely brought the life back in a big way!

Thanks for reading – check back tomorrow and Friday for Elisabeth and Tracy’s lists.
Best of 2016 Nathan Hinds Top 10 List