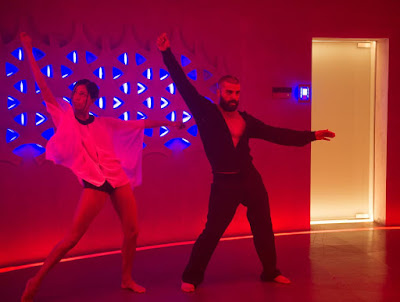 This post really got away from me this year. With a job that requires much more of my time, just getting those weekly Top 5 Movie Guides up in time felt like a significant task - I can't believe there was a period where we posted 6-8 times a week; that feels impossible now. And with less free time, I have less time for movies in general, and without the constant attention, I miss a lot or don't feel I have as much time to ruminate on titles I've seen. It just takes away from my overall experience, and creates a snowball effect that results in a more subdued reaction to film and lists in general. I know the effort it took to do this completely before, and it was exhausting. While I'm thankful to take a step back now and breathe without working on the next post or the next idea - it's peaceful. All that is to say, because of my personal life, I don't feel I got as excited about this year as I often do. I'm not sure how the overall field will look in retrospect - it seems like there might have been a few gems - but I just haven't given the time to fully assess what's out there - beyond my direct reactions, of course. I have some fears that this might have been a really great year in film, but my lack of investment in watching movies this year will lead you, the reader, to think some titles weren't as great as they actually were. We'll have to wait and see on that one.