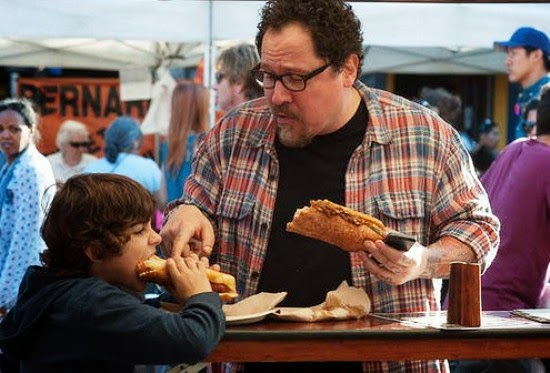 Unfortunately, I've been too busy to catch a lot of movies this year, including but not limited to "Interstellar" and "Inherent Vice". I don't necessarily want to assume anything, but it's probably safe to say that "Interstellar" would have made a spot on this list. So my tardiness is regrettable. Also, on a personal note, you should know that for the past year or so I've been feeling pretty jaded when it comes to movies, so I don't have the same hustle and bustle I used to have to go to the theater every week. I don't know if it's because there is so much standard fare floating around or if I'm just losing interest in something that has occupied a good portion of my life and am experiencing a late-20's midlife crisis.

However, even the most jaded of film lovers can be pleasantly surprised by something new they come across - one of which even made their Top 15 Films of All Time. I know, it surprised me too, but it can happen. Hit the jump below to see my top picks from 2014 and which film made my Top 15 of All Time.

The absurdist musings of David Wain and gang don't hit nearly as hard as "Wet Hot American Summer", and some of the jokes are either too obvious or overplayed, but when the more inspired moments hit they make any shortcomings seem moot. Even this in its worst moments is far superior to most of the spoofs we see flooding the market.

A slow burner that paints a gloomily realistic picture of an entrepreneurial immigrant in 1980's New York and the moral compromises he and his family must make to continue down the path of success. It's refreshingly lacking amount of graphic violence sets it apart from another thriller on this list.

Michael Keaton is back in a deeply meta role that showcases his depth and unique energy as he flourishes in an ensemble of equally quirky characters. Like a fine piece of art, it takes an open mind and certain level of attention to fully appreciate. I imagine it will get better with each viewing.

If it wasn't evident from First Avenger, Captain America can be taken seriously on film given the right talent behind the camera. Part political/conspiracy thriller and part action/adventure, this could arguably be the best title in the growing universe of Marvel Studios.

It becomes evident early on that there is more to the story than is on the surface, and each major turning point peels off a layer revealing more sinister things underneath. It's both unconventional and genre bending, and I still can't believe they got away with one particularly graphic scene in a mainstream film.

Independent science fiction at it's best. It's movies like this that prove you don't need a super inflated budget to be entertaining. All you need is an intriguing concept, a bare-bones script, and actors capable of improvising their way through an increasingly convoluted series of scenarios. The only limitation is the collective imagination of the people involved in the project.

Each section of the train brings a new element to the story and a new setting to explore. Visually stunning and ambitious, it's a shame that this didn't get a full wide release in theaters.

7. Guardians of the Galaxy

Loud, colorful, witty, and the right level of schmaltz you would expect from a Disney-owned production. This is what popcorn and soda were made for.

Just your above-average "feel-good" comedy about life, food, relationships, and artistic integrity. Favreau took a break from the big budget fare he's recently been known for and came back with a lighthearted indie that encourages you to channel your own inner artist. It's narratively predictable, but I dig the honest charm that made this fresh and not stale.

The pace is absolutely horrendous and their isn't really much of a plot, however, the surreal visuals and abstract storytelling provided nuance and character which aided in creating one of the most unsettling scenes I've ever seen in a work of fiction.

Jarmusch brings his unique style to the vampire genre, and like his other works, is a refreshing change of pace from many of his peers. Melancholic and subtly humorous, this love story is poetic in a romantically un-glamorous fashion.

An experimental film that will hopefully pave the way for more directors to take these kinds of time-factored risks. I don't know if it's the best film this year, but Linklater deserved the Oscar.

Louis Bloom is definitely Amy Dunne's (Gone Girl) soul mate - those two are a match made in a special kind of hell.

Like a perfectly constructed composition from a master composer, this was a labor of love from director Damien Chazelle. Intense, insightful, and above all else, entertaining - let's hope this isn't a one hit wonder from the first time director because it reserved a spot in my Top 15 Films of All Time.