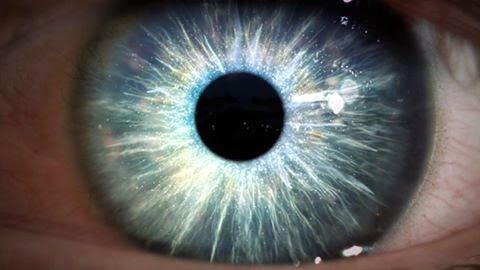 As others have said before me, "things change". I always knew it would happen, but never realized how it would happen. I enjoy most of the same things I used to enjoy, I just happen to enjoy them a little differently now. I find myself enjoying the comfort of my own home and hanging out with my wife more than going to the movies alone anymore. This has dramatically changed the way I've watched movies, and how I've adjusted to life beyond the movie theater. In many ways, it's unfortunate that Netflix and Amazon exist, because now I can watch so many movies right from the comfort of my own home. These services have given me even more of an excuse to change my theater-going habits. In some ways, it breaks my heart because I love the thrill of the theater and the people who I go to those theaters with. We are kindred in that moment; for an hour and a half (two or more if you're making your movie worth my money) we are family. It pains me that as I grow, I feel I continue to slowly lose more and more of that family. I'll still always watch movies, but that's been the biggest shift in my watching preferences recently.

As such, my list is severely lacking in many major entries that I simply didn't have time to see, or didn't make time to see. As I said before, going to the theater has just dropped on my priorities list recently. This new style of life has affected my list in many ways, but I still feel that I have a strong tie to a many of the titles below. I expect some criticism for a few of the selections on here, but I have made peace with that. I had to make cuts and make exceptions, that's simply the way the game is played. So here goes...

I liked The GBH a lot, and honestly, I thought it would end up a bit higher on this list. But the one thing I found was, once I saw it, I realized I really didn't need to see it again. It gave me everything I needed in the first go 'round. I will gladly watch it if other people are so inclined to see it, but I simply don't think I will be popping it in the Blu-Ray player anytime soon.

I'm going to get slack for this...While this movie had awesome visuals and some really great characters, it just didn't do much with them. Everything seemed a little flat and overall, I felt like it was an X-Men movie with no X-Men in it. Wolverine was there, and Professor X, oh, and Beast, and that's basically our roster for the movie. I just didn't feel impacted in any way by this movie. First Class might have set the bar too high? I really don't know.

This is on here purely for nostalgic reasons. Overall, the movie is decent, with good visuals, and a couple of decent characters. Basically nothing specifically is wrong with it. It's a nice little monster movie which happens to host my favorite monster of all time! Plus, I enjoy a good monster wrestling match in the middle of a city as much as the next guy. Or more, if the next guy doesn't like it very much.

A very well done movie that I enjoyed quite a bit. The few reasons I had with it that kept it from being any higher on this list were: 1) I found myself wanting one of the 600 endings to actually happen - it felt like there was always a little bit more that kept it from having a variety of great ending points. Heck, I was ready to leave the theater when she was driving into the sunset halfway through! 2) I just felt "meh" at the end. Not necessarily due to the specific ending, that was just the feeling the film left me with. Still, that was enough for #12 on this list.

I liked the tone and pace of this movie a lot. There were many things they did right to make the audience get immersed into an unbelievable world. I think this has been on every list so far, so there's been plenty of discussion and descriptions about it, but I really liked how the different classes looked. Every single car was so unique and totally different.

What an Idea! I can't imagine the notes that went along with this movie. I can't fathom anyone actually being able to keep track of everything that was going on as they were making this. The production quality may be a tiny bit lower than I enjoy most times, but it felt honest - it pulled me into it simply by looking less produced. Which is so backwards for most movies, but for some strange reason it worked really well for this movie.

It's fun and funny, it will keep kids entertained, and give some nostalgic memories to anyone who used to play with LEGOs. So many sets and pieces and great imagination went into this movie, it's almost like they actually watched some kid play with LEGOs and made a story out of it. This was just a pleasantly fun movie.

8. Dawn of the Planet of the Apes

I enjoy this new series quite a bit so far. This one was just a bit less enjoyable to me than Rise, but that's not to say it was bad, by any means. I like how these can bring a new emotional attachment to a sci-fi series that seems so ridiculous. If they keep up the same tone as these first two films with future productions, then I'm in it to win it for as long as they keep making them!

Without spoiling too much, what a neat movie. It's in no way a hidden fact that Brit Marling is a favorite of mine. She is consistently delivering work that I want to watch, and I think she has the market cornered on the perfect tone I want in a movie. It's always a nice blend of emotions all twirling in harmony as if they were dancers in a ballet. I hope she continues to produce such enjoyable and emotionally satisfying work.

Solid film for a solid franchise. What a fantastic portrayal of what it means to be a superhero. What do you actually stand for and how do you show it? Do you believe in your government and stand by them, or do you fight for the people? It tugs at the heartstrings and has tons of quality to back it up.

Based on one of my favorite short stories, of which it does it good justice. It hits very close to home in something I believe firmly in: we are the masters of our own destiny. This movie just takes it a couple steps further...and then off a ledge. It takes destiny-forging to a whole new level. Unfortunately, I can't say much without giving a lot away. I will simply say that if you are in any way interested in sci-fi stories or time travel, go check this out.

4. Guardians of the Galaxy

Very well delivered for a group of characters that people were afraid wouldn't be accepted. They blended emotions and comedy so nicely with a good dollop of epic-ness to really kick off the flavor of this movie. It's a very solid watch for nearly anyone.

I couldn't help but feel some attachment here. I felt I had something in common this this kid for a long time. There were many things as he gets older that were far from the path my life took, but I still felt I understood where he was coming from. It felt amazing to actually watch this kid grow up and not just have a bunch of different aptly-aged people fill in whatever time slots were required. It flowed nicely and really delivered everything I wanted from it. I have always loved stories about characters and this is kind of the epitome of all stories character-driven.

Amazing. I was sure this would be #1 all year. Many people were upset that the "ending" was predictable. I feel like the point of the movie was not to predict the ending, but simply live the journey of this guy who is zipping around space. He wanted nothing more than to raise his children right and keep on keepin' on, but he simply couldn't. He knew he was the only man for the job. The story is about what keeps us human and how far our connections really reach. I have no amazement or congratulations for a person who claims they are owed glory for guessing the end of this movie. All I have for you is pity that you simply didn't understand what the movie was saying. This was an amazing watch.

I have no clue why I connected so fully with this movie. I have nothing in common with any of the characters, and it's about something I care little about and know even less about: jazz music. I think what truly caught me was the passion. It honestly felt like the passion was real. I was sucked in almost immediately and it never let me go. I think the other thing that really helped me with this movie was Miles Teller. He is nailing it right now. I feel like he is really moving up the ranks quickly, and I really enjoy watching him. He is so adaptable and witty that most roles seem to come easily for him. I think he has a great many things to show the world yet, and I'm excited to check them out.