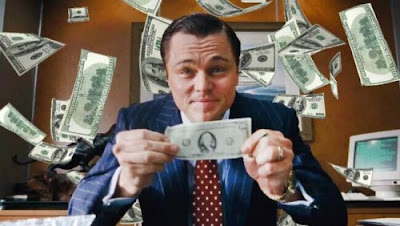 This post is a look back in retrospect. Sadly, this list was never posted on this site at the time, because it came right around the time that our company was transitioning from a full-time site to a once-every-now-and-then kind of site. Everyone was burnt out, and regardless of how much we love(d) this specific list every year, it just never manifested in a way that put words to the page. So if you're reading this post now, I published it in 2018 - but for continuity sake, I put it in the early part of 2014 so it would line up with other year-end posts. I'm not sure if that's the best way to do it or not, but thankfully this is my blog and I get to do things how I want.

Looking back at the titles now, I know for sure I at least put a ranking of films together, but since I never did a write-up on them, that is now lost to me. I very much would have preferred to post that list, but instead I'm forced to compile it with my feelings on these titles now. I'm not sure a ton has changed, but it surely has changed some. One of my favorite parts about these year-end lists is not that they're setting in stone how we'll forever feel about certain titles, but that they timestamp our reactions to the year while it's still (relatively) fresh. I'm absolutely sure that my feelings on certain titles change over the years, but instead of lamenting that in these posts, I get to look back and find interest on how I felt in the moment. We don't get to do that with this list, but at least it's a list. And it's how I feel about these titles now (2018). So in five more years, we can look back on this list and see how I felt well after they were released, but also back when they were fresher than now (2023). Make sense? Good.

Onto the films. As I was (re)ranking this list, what stood out to me most was that this was just such a loaded year. I had a solid group of films in my top-25, and truly every film in the top-15 feels top-5(ish) worthy. I'm sure that years generally look stronger in retrospect, but I did go back and check a few other years, and this one definitely stands out more than most. Each title below is one I'm excited about, and instead of often picking from a group of titles to fill out the last spot or two, these all came together pretty easily.