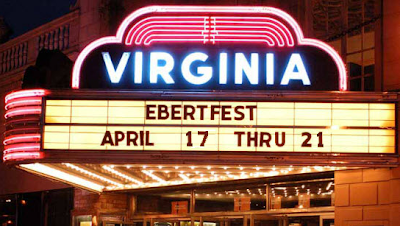 As of tomorrow afternoon, a few select Slackers will embark on yet another adventure to the great film festival known as Ebertfest.

For those unfamiliar, Ebertfest is the annual film festival notoriously helmed by film critic Roger Ebert, featuring a variety of "over-looked" films. The event takes place in the great city of Champaign, Illinois, home, in part, to the University of Illinois, Ebert's Alma mater. It's a wonderful experience for the community to indulge in some fantastic films in a setting that otherwise is unfamiliar to most. The films featured have always been specifically selected to give us, as audience members, one more chance to invite them into our personal canons before losing them to time. Each film is hand-selected by Mr. Ebert and, on little more than his reputation and his respect in the industry, he's also able to get many of the filmmakers involved with each feature to trek down to our humble city in presentation of the films.

This year, much more than the basic viewings of films will be in play. There are a variety of new beginnings and ends that everyone in attendance will be experiencing. The biggest news for the event, of course, is the tragic passing of Mr. Ebert himself just a few weeks ago. After years of winning his battle against cancer, it finally got the best of him. He lived a full life, and did many great things for the film industry. It goes without saying that his presence will be sorely missed at this year's event. I'm unsure of the full mood that will carry throughout the event, but somber tones will surely be present. He was an icon to both our city and cinema itself, and his absence will be tough to stomach.

Another much less significant detail that will be different this year will be the complete remodel of the Virginia Theatre. After the conclusion of last year's Ebertfest, the theatre was closed for extensive renovations. And only now, a full year later and at the start of the next installment of Ebertfest, will the doors finally re-open. The transformation is astounding, and the theatre's return to its original 1920's state should be quite the spectacle for patrons who have frequented the theatre in the past.

You can expect to see detailed recaps from Ben Foutch, Derek Clem and Andy Schopp as the days go by (we will have at least two of them in attendance every day of the event), along with a variety of exclusive happenings throughout the event.

Films start tomorrow evening and will run through Sunday afternoon. Full event passes are already long sold out, but a few tickets for individual screenings are still available. Hit the jump for a full rundown on all of the films, guests, and events expected throughout the rest of the week. 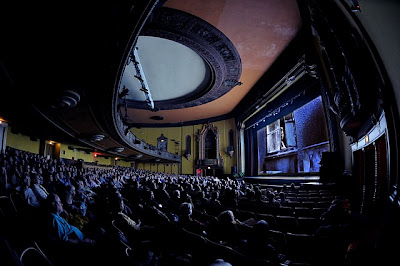 I'm going to leave this part pretty basic, with a listing of each film and the time it is showing, along with which filmmakers from its production are expected to be in attendance. Among the notable attendees this year are Jack Black, Tilda Swinton, Richard Linklater, and Shailene Woodley. As is typically done, most screenings feature brief Q&A sessions after the films, where great details are provided on the productions.

Be sure to check back to this site daily for all of our latest coverage!
Alex Schopp Ebertfest