Posted by Unknown on January 05, 2013
For the latest edition of the Top 5 Movie Guide, we look to "Texas Chainsaw 3D" and construct our lists around some of our all time favorite horror movie kill and death scenes. "Texas Chainsaw 3D" opened up in theaters across the country this weekend, and the film does what no other Texas Chainsaw films have done before it: pick up with the events directly following the conclusion of "The Texas Chainsaw Massacre" (1974). I'm not sure that anyone expects the same quality levels to be continued, but it's cool to see this franchise live on. Regardless of which Texas Chainsaw film you're talking about though, everyone knows that Leatherface is your main killer, and his weapon of choice is the chainsaw. 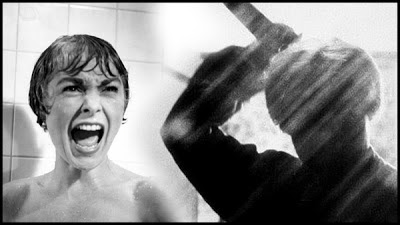 Working off that, we figured we'd take a look at a few other notable death scenes from horror movies over the years that stand out in our minds. Pretty simple premise: whether you want to classify it as the best kill scene or death scene (you could find slight difference in the two, but they're ultimately the same thing), as long as it came from a horror movie, it was allowable. As usual, a few specific criteria were added to certain lists below, but for the most part, things are left pretty open. No one's saying all of the choices below are the "best" or even from the best movies, but one way or another, they're some of our favorites!

As a bonus, most of the deaths/kills below have clips attached to them where you can view exactly what we're talking about - on a list like this, that seems a necessity. Hit the jump to check out the picks!

Alex Schopp -
"Halloween", "The Exorcist", and "Dawn of Dead" are my favorite horror movies of all-time, yet none of them actually have very memorable/iconic death scenes.


Overall I'm not the biggest fan of this movie. I like some of the pieces of it, but it doesn't do it for me beginning to end. This scene, however, is indisputable as being one of the most epic finales in horror movie history.


While "Dawn of the Dead" (1978) is a better overall Living Dead movie to me, I had so much fun with this movie and enjoy it much more than it ever got credit for. For a lot of reasons this is a great and memorable scene.


I just feel like Corey Haim's line does all the talking that this scene needs. A great classic scene from one of the coolest vampire movies ever.


I'm not sure if this is actually the best from this series, but it's one of my favorites. Overall, I've always enjoyed the death scenes from the Nightmare on Elm Street films, and I had to represent the franchise.


Unfortunately, we don't get to see the explosion afterwards that completes this death, but the real graphic/memorable portion is highlighted in the clip. You know in about five seconds you're going to be blown up - getting raped in the mouth by a tiny monster just seconds before that is just the worst way ever to have to go out.


Ben Foutch -
Are these the goriest, most disturbing, or even funniest death scenes out there? Of course not, but I feel that these effectively represent different styles of film-making while being memorable over their respective peers. The clips speak for themselves.

1. The Gates of Hell (aka City of the Living Dead) (1980) - Death by Intestinal Regurgitation


This movie is a complete masterpiece and this final scene really helps it achieve that status. Here we recall all of their human moments in the film and develop a conflict within ourselves on whether or not we should be experiencing empathy for these serial killing psychopaths. Brilliant.


It's metal. It's funny. It's cool. Not much other explanation needed.


I always loved this one as a child for obvious reasons. Its pretty cool to see a naked chick getting split from the navel up with a pole while she's riding some dude in a tent. I have to thank my Uncle for showing me this one. Quality stuff.


I love that Freddy has the time to make one last joke before he's finally "killed."


So many deaths in such little time. The shock on everyone's face is what really makes this work for me.


I mean come on, how do you not love this guy? Every single line he has is pure gold (that's probably not the right word). I about pissed my pants the first time I heard this line.


"Are you okay?" One of my favorite horror comedies.


I have to do it. This one is a tie between Todd massacring about as many people as the piranhas, and Jerry O'Connell's death. Gimmick 3D at its finest.


I didn't see this one coming. Plus it's my favorite cameo ever.


That asshole deserved to get his head knocked off.

And there we have it, folks. This might actually be one of the shortest conclusions we'll write for this post. As this was a pretty unique and open category, there was, expectedly, very little repetition. A few movies and franchises did appear on multiple lists, but nothing showed up more than twice. "Dead Alive", "Day of the Dead", and "The Lost Boys" were the only films that managed true multiple picks - and interestingly, "Dead Alive" actually featured two separate death scenes altogether. The Nightmare on Elm Street franchise also grabbed two picks, though different films were chosen on both lists.

That's it though. A total of 22 different films were referenced (out of a possible 25), which far and away sets the record for these posts. Again, not a traditional subject though, so it's hard to stack it up against previous entries.

Actual recommendations for films aren't officially given above, but if any of those titles you have not seen, all are definitely worth checking out. They're not all the best horror movies around, but they're all worth a watch at least for their iconic death scenes - and in most cases, there's more great deaths to offer than just the ones pointed out above.

So as always, we hope that each of these selections helps you to expand your knowledge and appreciation of some of the best films (or scenes) that this category has to offer, and guides you to better and more enjoyable all-around viewing experiences.