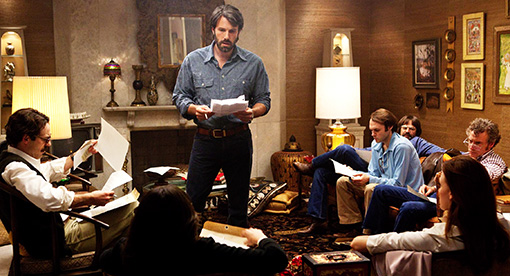 It's that time of year again; time to unveil which films from the previous year we found as some of our favorites! We're changing things up a little bit this year, but hopefully all in ways that will be beneficial to you, the reader. Instead of one giant post (similar to our Top 5 Movie Guides) where we each list our favorites, we instead decided this year that each writer would get their own post to play with. Not only will it make things more personal to each writer, but it should provide more space for each of us to elaborate on a few of our picks.
The plan is to start with this post and release another each day through the end of the week. As is apparent with this post, I'll reveal my picks today, then Ben will share his tomorrow, Derek on Wednesday, Nathan on Thursday, and to bookend your week with another Schopp brother, Andy on Friday. As something else that has changed from last year to this, we all decided to go with our Top 15 films this year, instead of doing the traditional ten. No real reason behind this other than that we love lists, and we love showing off films deserving of recognition. Otherwise, it's just five more titles that should help display a bit more of our personalities and the types of films that resonated with each of us last year.
Before we dig in, I just want to point out that for me this was a year in which I really discovered just how much I love character dramas. I've always enjoyed these themes, but many other themes that I've also traditionally enjoyed took a back burner to a lot of films that were nothing more than snippets of character lives this year. In the future maybe I'll look back on 2012 and have different feelings for a few of these titles, but as of right now, these are the films that most resonated with me.