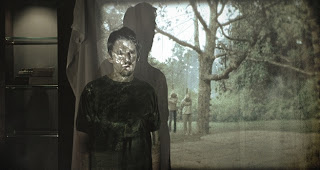 Sinister is one of the more foreboding horror films I've seen in quite some time. Though it plays the "found footage" card and annoyingly follows standard genre tropes, the richly layered performance by Ethan Hawke and the more than competent directing skills of Scott Derrickson make this an above average psychological horror thriller. That is, if you can forgive its creative lapses in judgment.

Crime novelist Ellison Oswalt (Ethan Hawke) is looking for his next big break, so he moves his family into a home where the previous owners suffered a gruesome and untimely demise that is currently unsolved. After moving some things into the attic, he stumbles upon a box of home movies that could solve the mystery of the brutal murder of the previous owners. Watching the atrocious films seems to trigger strange occurrences around the house that put his wife and children in danger. Ellison must decide if the unsolved case, and in turn his career, is more important than his family.

The main problem with Sinister is that it forgets the importance of leaving some things for the audience to ponder. The cerebral, morbidly intriguing and ambiguous first half of the film loses a good deal of power by misguided uses of lesser horror tactics. What started as a welcome mixture of 8mm (thankfully without intertwining sex with brutal violence) and The Shinning, abruptly starts to show similar creative blunders of the enjoyable yet disappointing, Insidious. Mr. Boogie, my eyes are on you...

Aside from its misfires, as a whole, this is a well crafted thriller. The sound design, eerie musical cues and voyeuristic nature of the film creates a potent aesthetic that will surely haunt you to the bone. One can't help but admire Derrickson's love for the genre, and that he can more than adequately handle such a used and abused premise while having complete control of pacing and audience intrigue. Part of this is attributable to the focus on plot and our main character as he forces himself through all of those grisly videos. This combined with Hawke's insightful take on a man struggling between ambition and family lends massive amounts of credibility to an otherwise silly story. While it is leagues better than common horror fare, Sinister came so close to greatness that it breaks my heart. 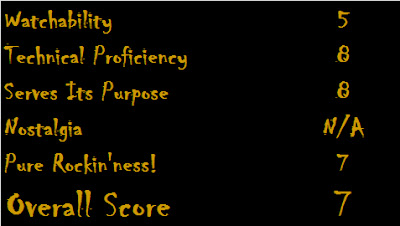