Movie Review: "Seeking a Friend for the End of the World" by Alex Schopp 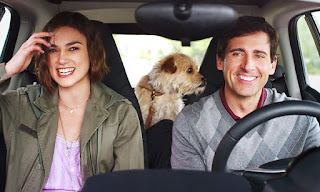 "Seeking a Friend for the End of the World" is a solid exercise in the end-of-the-world storyline. While the scenario seems fairly popular these days - I'm reminded of two of my favorites from last year, "Melancholia" and "Another Earth" - this film tackled another facet of our impending doom. While all three movies focus on the smaller pictures (i.e. personal relationships), this one takes a romantic comedy route that pulls off most of its stylings. First-time director Lorene Scafaria at times struggles to find tonal balance with the picture, but the intriguing connection between the film's stars make this seemingly formulaic template greater than it should be.

The film opens with our main character, Dodge (Carell), and his wife sitting in their parked car listening to a radio host announce that plans to divert an asteroid on a collision course with earth (think "Armageddon" here) have failed, and thus the world has only 21 more days before total annihilation. Upon hearing the news, Dodge's wife opens the door and runs away, never to be seen again. From there, we see Dodge going about his normal routine for the next few days, seemingly pretty uninhibited by the news that his life is going to end completely the opposite of how he ever hoped. His realization that he has no one in his life has made him completely apathetic towards the situation, and his interests in going out with a bang are null. As chance would have it though, he ends up crossing paths with a free-spirited neighbor (Knightley) who shakes him from his state of disconnect as they embark on a road trip against the clock to reconnect with the people they most want to be with at the end (you can probably guess who each of them ultimately ends up realizing they want to be with).

The big aspect to point out with is the tonal disconnect between the first half of the film and the second half. The first is spent on plenty of humorous what-if scenarios, pitting various characters in situations that might very well come up at a time like this - early on there's a party in which Carell's character is attending (though he's completely uninterested and refuses to go with the flow), where illegal drugs, casual sex, and even 10-year-olds chugging beer is just standard fare. There are plenty of great cameos present in the films first act, including those from Rob Corddry, Patton Oswalt, and T.J. Miller. All three characters make astute and humorous realizations about their situations, and all make great cases for how everyone should spend their final days.

While we see many continue on with their jobs and routines, they're all presented in ways that make you forget that an asteroid is speeding towards the earth, ready to obliterate everything on the planet. The ideas of jobs or law or any rules whatsoever are presented in absurd scenarios that make for a variety of humorous and poignant scenes. And while it was refreshing to see the a few of the aspects that some of us have surely pondered in the back of our minds when watching the more serious films on this subject, when it gets down to it, it is still an apocalyptic film with certain end ahead. And once Scafaria realized that she needs to get the film to this meaningful, emotional end, the film hits a speed bump and slowly winds to the final scene. The laughs become less and less, and though there is a sense of compassion for these characters at the end, getting to that final moment felt more taxing than I hoped for. I can more than appreciate character development and connection, but I feel like Scafaria was unsure of how to seamlessly mesh these two genres; a task I would expect difficult for most.

Luckily, the two lead actors in the film, Carell and Knightley, offer much stronger performances than what was written for these characters (this was a surprise for me as Scafaria previously penned "Nick and Nora's Infinite Playlist", which I found to be a success). Carell plays a very dry man, looking for a sense of purpose, and someone to be his "one" at the end. Knightley plays more of the hipster who's been in one to many bad relationships, and her love of old records completely dominates her personality. On paper, I can imagine reading what was written for these characters and being completely uninspired. Neither is nearly as rich as you want them to be, and its seemingly Carell and Knightley's quirky chemistry that make the film play. And while there are moments of great interaction and dialogue between various combinations of characters in nearly every scene, it doesn't seem like we ever truly get to know these characters. I would have loved to see a bit more development from our two leads, but I was still met with emotion towards these two at the end of the film, so even if the film didn't fully dive into these personalities, it still got me to where I needed to be.

Overall, the film lacks tonal and pacing consistency, and you're not going to walk away feeling like you really connected with either of these characters (sans a few possible external similarities). But the chemistry feels so pure between Carell and Knightley that you can't help but enjoy watching these two on the screen together. I wish the film didn't trail-off quite so much towards the end, but there's enough comedy in the first half to entertain any viewer (and the lack of comedy towards the end isn't even a deal-breaker, it's just a dramatic shift). In the end, this scenario always plays out the same though, with us all looking for our own special someone to turn off the lights with. While Scafaria may have taken a slightly different path than most, it still delivers the same message that even in the most extreme of situations, it's the personal and emotional connections with others that are most important to our human lives.

There's more than enough to enjoy here, and if you haven't yet seen the film, I recommend giving it a watch. 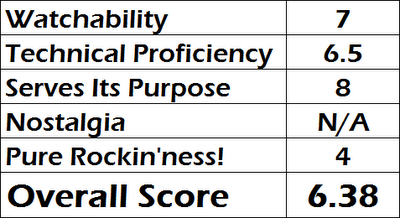