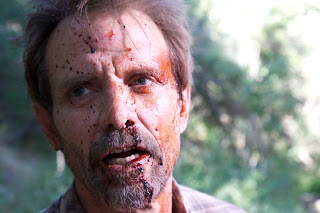 Michael Biehn delivers a pulpy throw-back to grindhouse films with The Victim. Sleazy characters and brutal violence set the grimy tone for this thriller, and the actors (including Biehn) appeared to have had fun with the cheesy script. If you are looking for a morbidly fun movie that doesn't take itself seriously, this is a perfect example of an intentionally bad film.

Kyle's reclusive life is turned upside down when Annie stumbles upon his isolated home in the woods during her escape from the scene of a murder. After sheltering Annie and hearing her story, he learns that the victim was Annie's best friend Mary, and her killer is a well respected police officer.

This is essentially a low-budget exploitation film. And for that purpose it works, just not as a psychological thriller in which it also claims to be. The slow pace, laughable dialogue and often horrific performances (excluding Biehn) remove the veil of plausible fantasy, never allowing the viewer to become completely enveloped in what is transpiring onscreen. With that being said, this midnight guilty pleasure revels in its shortcomings; rest assured you will be laughing with it rather than at it.

The Victim is often a fun, if not spirited, trashy experience. If it had delivered on a few good twists and had not fallen into the predictable category, maybe it could have become something more than a one-time watch. If you are an aspiring cop, let this be a lesson in not giving strippers cocaine. Also, breaking her neck because she tells you to "hurry up and finish already" in the middle of some outdoor sex probably isn't the best decision. 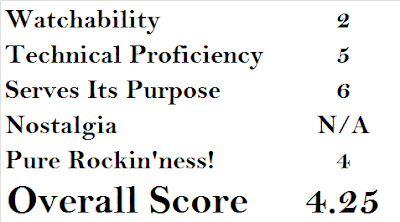