Quick Cuts: “The Loved Ones” Movie Review by Nathan Hinds 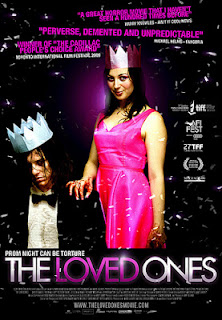 Depending on who you ask, some might say that the horror genre is in a bit of a rut overall. Actually, I would dare you to find someone who says the genre is even doing decent these days. The problem…nobody is shocked anymore; nobody is uncomfortable with what they see. Hollywood cranks out found footage movie after found footage movie, exorcism movie after exorcism movie. In short, Hollywood has completely lost its creativity. You know what, that’s being a bit to generous; lets be honest, Hollywood has lost its balls.

Though, once in a blue moon, you get a film which doesn’t fall in line with the Hollywood norm. Once in a blue moon, you get a film that gives the horror safe route the middle finger. Once in a blue moon, you get a movie like “The Loved Ones”. For anyone who is a fan of the horror genre, you won’t be surprised to find out that this wasn’t a Hollywood production, rather it was shot in Australia. For those of you not familiar with the Australian style of filmmaking, at least when it comes to the horror genre, I like to say they take a karate-chop to the throat type style with their films. Speaking specifically about “The Loved Ones”, it’s the type of horror film that should make any of these directors who are behind the recent string of found footage or exorcism films (in a lot of cases, both) curl up into the fetal position and cry themselves to sleep out of shame.

In short, it’s a film that puts 99% of today’s horror films to shame. And now that I got that rant out of the way, hit the jump to see what I thought of this film as an individual piece.

The film opens on Brent (Xavier Samuel) driving with his dad on a back road somewhere in Australia. The two seem to have a very comfortable and close relationship. But Brent takes his eyes off the road for a split second, only to look up and see a young man standing in the middle of the road. He has to swerve to avoid hitting the young man, crashing into a tree which would claim the life of his father. Six months later, Brent is devastated, broken, and defeated. His one hope of pulling out of his depression is his girlfriend Holly (Thaine). Although Brent is openly dating Holly, he is asked to the End of the Year dance by a shy girl named Lola (McLeavy). Brent gently turns her down, explaining he is going to the dance with his girlfriend, and you would think that was the end of it. But when Brent takes a hike into the woods to meditate (get high) he is abducted by Lola and her father. When he awakes, he finds himself in a hell beyond anything he would’ve thought was possible.

One of the biggest strengths of this film, and for me at least, a crucial element to make a horror film successful, is that you have to care about everyone involved - and yes that includes the villain. “The Loved Ones” definitely succeeds in that aspect. Lola, who you know going into the movie is the villain just from the cover art, is honestly a very likeable character early on. When she got turned down by Brent I really felt sorry for her. Even while she was torturing him, she had this sweet sense of humor about her that I couldn’t help but like. Now don’t get me wrong, by the end of the film I wanted someone to take a rocket-launcher to her, but the fact that I sympathized with her for so long is a pretty great accomplishment for a character who is so psychotic and evil.

With Brent’s character, and his whole family for that matter, you really feel for their situation. They’re a family who has been completely torn apart by the death of the father. He feels responsible and guilty, the mom doesn’t know how to handle it, and now he gets tossed into this shit-storm with Lola, and you’re just like “come on, cut the dude a break”. His character is so real that you really do want things to go right for him, where with your typical horror film you’re almost routing for the kids to get taken out because you know it could possibly come with a scary moment.

So transitioning into the horror aspects of the film, I can assure you it won’t disappoint there. Now I should warn you, this isn’t a jump-scene movie - in fact, I can’t think of one scene where I imagine they were even going for that. But the unease is there throughout the entire film. As you witness just how crazy Lola and her dad are, you are constantly anticipating how far they are willing to go, and I promise you, you’re not gonna be guessing where it ends up. For those of you who like your horror films brutal, look no further. This film almost defines that word, and if I had to choose one word to describe it, brutal would be the word I choose.

Basically, this film is a break from the norm of today’s horror genre. It’s the type of movie where you feel bad for watching it, but you just can’t look away. I have high hopes for the director of this film, and can only hope he has a few more tricks up his sleeve for a genre that is desperately lacking in quality as of late. 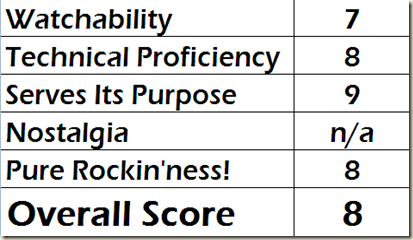