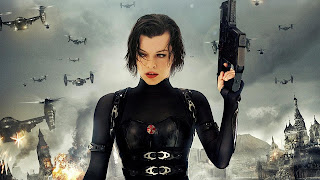 After watching the barely entertaining first installment of the Resident Evil series back in 2002, did you ever think that a fifth entry would be gracing the silver screen ten years later? Retribution doesn't add anything new or worthwhile to what we've previously seen; it doesn't even work as being an unintentional comedy (at least Van Helsing scored points in that department). Much like the virus laden hordes that stalk our movie heroine, this series just doesn't know when to die.

I sincerely apologize for what is about to transpire, especially if you were looking for a standard review here, but this movie really rubbed me the wrong way and some things just have to be said.

I can forgive the B-level, or even C-level nature to this series, because it is obvious that the filmmakers don't give a crap about the source material. And that is alright, because sometimes it's good to sit down with a fun, stupid movie. But the problem with the Resident Evil films is that they are convoluted, stupid while trying to be a little smart, atrociously stylized, and zero amounts of fun.

It is uncanny how Paul W.S. Anderson can take a horrifying, white-knuckle situation and completely destroy any semblance of suspense. If the vision behind this film series is to create a zombified action spectacle, then why run every action set piece in slow motion. Hint: zombies and flying objects that are dangerously close, do not cause the heart to skip a beat when time slows down to the point that you can have a cup of coffee before it is time to move. Also, fight sequences are not exhilarating when a two minute sparring match takes about seven or eight; I've read chapters in a federal taxation textbook that were more stimulating. Take some time to set up better shots. You have some interesting set pieces and a great lead actress at your disposal, but your movie looked artificial and sterile. Are they just for a paycheck at this point?

It pains me to say this, because Anderson has talent and an undeniable visual flair, but this film and some of his previous work is in the same league as Uwe Boll. Just take a break man! Let the creative thoughts gestate for a bit before you go further down the rabbit hole and completely ruin your career. I may not  have accomplished much in life, but at least I didn't make Resident Evil: Retribution. 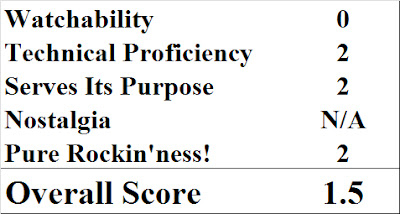