Posted by Nathan Hinds on September 17, 2012
Thanks for checking out Casting Calls, a weekly roundup of all the notable roles that actors and actresses have scored for upcoming films. As always, we will try to avoid rumors, and stick to roles that have been locked down or are in the negotiation stage.

So hit the jump to see who got what gig! 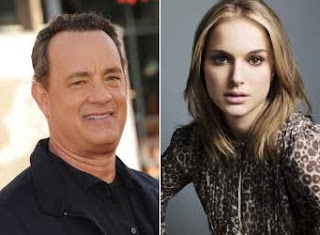 The first bit of news this week involves Natalie Portman taking a role in the film “In the Garden of the Beasts”. The film is an adaption of Erik Larson’s novel. The film is already being produced by Tom Hanks, who will also star in the film. Portman will be playing Hanks' daughter in the film. The novel is described as the following:

“With this new book, I invite you to journey to Berlin during Hitler’s first year in power, 1933, in the company of a real-life father and daughter from Chicago who suddenly found themselves transported to the heart of the city. They had no conception of the harrowing days that lay ahead. At the time, nothing was certain—Hitler did not yet possess absolute power, and few outsiders expected his government to survive. The family encountered a city suffused with energy and optimism, with some of the most striking, avant-garde buildings in the world. Its theaters, concert halls, and cafés were jammed; the streets teemed with well-dressed attractive people. But my two protagonists were about to begin an education that would change them forever, with ultimately tragic consequences.

The father was William E. Dodd, a mild-mannered professor who, much to his surprise and everyone else’s, was picked by President Roosevelt to be America’s first ambassador to Nazi Germany. His daughter, Martha, was 24 years old, and chose to come along for the adventure, and to escape a dead marriage to a New York banker. They and the rest of their family settled in a grand old house on the city’s central park, the Tiergarten—in literal translation, the Garden of Beasts.

Dodd expected to encounter the same warm citizenry he had known three decades earlier while a graduate student in Leipzig; he hoped to use reason and quiet persuasion to temper Hitler’s government. Martha found the “New Germany” utterly enthralling, totally unlike the horrific realm depicted in newspapers back home. For her, as for many other foreign visitors at the time, the transformation of Germany was thrilling and not at all frightening. Not yet.

As that first year unfolded they experienced days full of energy, intrigue, and romance—and, ultimately, terror, on a scale they could never have imagined. Their experience tells volumes about why the world took so long to recognize the grave threat posed by Hitler.”

This movie has Oscar potential written all over it. I love Hanks and Portman, so this is definitely a film that I will be looking forward to. Michel Hazanavicius ("The Artist") has begun negotiations to direct the film. 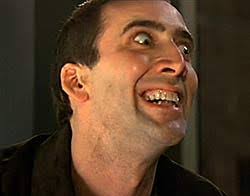 Next up is Nicolas Cage, who has taken the lead role in the action-thriller “I Am Wrath”. William Frediekin (“The French Connection”, “The Exorcist”) is interested in directing the film.

Deadline , who first reported this news, describes the film as the following:


“Following the murder of his wife, Stanley (Cage) finds that the police are unable to catch the perpetrators. He uncovers a thick plot of police corruption and realizes that he will have to find justice on his own. As he awakens to the level of degradation of the people sworn to serve and protect, we get a little Rage in the Cage as he becomes a vigilante out to destroy those who abuse their power.”

It’s safe to say Cage has been in a slump for quite awhile. With the exception of “Kick-Ass” (arguably his best role ever) and “Bad Lieutenant: Port of Call: New Orleans”, the last six years have been utterly forgettable. Now, even though the plot for this film is nothing new, and even though “The Exorcist” is a film that was forever ruined for me, I like that Cage will be in a film with a highly skilled director. My hope is that this film can get Cage headed down the right track again. Oh, him showing up in "The Expendables 3" wouldn’t hurt either.

Our next actress making news this week is Joan Allen, who coincidentally starred as Nic Cage’s wife in “Face/Off”, one of my all-time favorite films. Allen has landed one of the leading roles in the film “A Good Marriage”. The film is an adaption of a short story from the Stephen King novel, “Full Dark, Zero Stars”. King described the story as follows on his website:


“Darcy Anderson learns more about her husband of over twenty years than she would have liked to know when she stumbles literally upon a box under a worktable in their garage.”

I tend to have a love/hate relationship with Stephen King’s adaptions. The good news for me with this film is, I tend to like his adaptions that aren’t pure horror films. There isn’t any other casting news about the film as of now, but I expect we’ll get some more news soon as to who will be playing Allen’s husband in the film. How’s this for an idea, John Travolta anyone? It worked great once, why not let history repeat itself. 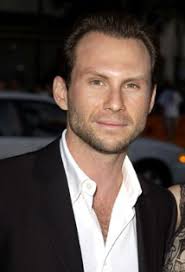 Our last bit of news this week involves Christian Slater, who has been added as a last minute addition to Lars Von Trier’s film “Nymphomaniac”.

Comingsoon.net describes the film as follows:

“On a cold winter’s evening the old, charming bachelor, Seligman, finds Joe beaten up in an alleyway. He brings her home to his flat where he tends to her wounds while asking her about her life. He listens intently as Joe over the next 8 chapters recounts the lushly branched-out and multifaceted story of her life, rich in associations and interjecting incidents.”

And that wraps up this week's casting news. This is the second thinnest week for news since I started this post, but at least all the news this week comes with fairly high hopes, at least for me. Be sure to check back every Monday for all the latest casting news and notes! Any of this news spark your attention? Do you think any of these seem like bad choices?
Casting