Posted by Unknown on August 01, 2012
For this week's edition of the Top 5 Movie Guide, we decided to take a look at one of the stars from this weekend's "Diary of a Wimpy Kid: Dog Days", Steve Zahn. The latest Wimpy Kid film might not be at the top of any of our must-see lists this weekend, but nonetheless, we could resist the opportunity to highlight one of the more under-appreciated character actors working today. Zahn got his start in acting when, as a joke, he crashed an audition for a local play and won the lead role. After a few more local productions and a sudden realization for his interest in the art, he went on to study acting at the American Repertory Theatre at Harvard University in Cambridge, MA. 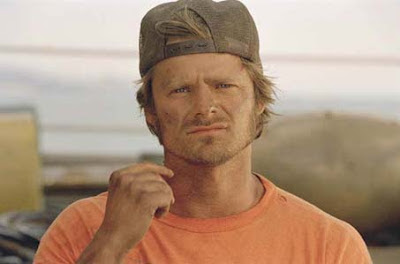 Upon graduation he won a lead role in the play Biloxi Blues, a role in which he reprised for thirteen months. His big break came in 1994 though, when (linking him neatly to last week's Top 5'er) he was recognized by Ben Stiller and cast alongside him in "Reality Bites". Since then he's appeared in various notable films and television shows, but unfortunately has fallen into a niche of grabbing supporting roles in many films and hasn't had many chances at headlining his own project. Still though, he's earned plenty of respect throughout the acting community and turned himself into one of the better all-around supporting cast members in the industry.

Generally cast in comedic roles, Zahn has also appeared in a variety of dramatic films, including "Rescue Dawn" and "Riding In Cars With Boys", the latter of which earned him strong critical praises. Each of us at this site would love for Zahn to get a few more chances to really show what he could do, but until then, we'll outline some of the highlights from his already strong career.

Hit the jump for the lists!

Alex Schopp -
At first I was going to note that I wasn't paying as much attention to Zahn's specific role compared to the overall film, but as I started writing about each selection I realized that I enjoyed Zahn's role in each film much more than I thought.

Always just a fun film to watch. Also, I love that Zahn actually played guitar and sang for the role. Plus, Zahn was Tom Everett Scott's (the drummer) Best Man at his wedding, and that is neat.

An underrated comedy. I've never been a big Jason Biggs fan, but Jack Black and Steve Zahn have great chemistry in this film and are easily the highlight.

Pretty good chemistry between Christian Bale and Zahn here - can we just say it? Zahn seems like one of the most underrated and adaptable actors working. Why doesn't this guy get more quality work?

Better thriller than it should have been. It kept me entertained throughout, and Zahn provides quality comedic relief (but also a serious role) for the film.

Nice little comedy gem where Zahn is a criminal who has to pretend to be a children's beauty pageant director to avoid arrest. I haven't seen this for many years, but from what I do recall, Zahn steals the show with ease.


Ben Foutch -
Steve is a very underutilized actor. He shows good range, and I can't help but wonder that he could really show some chops given the right script/director.

Extremely high watchability and Zahn is hilarious as one of the leads.

High watchability and Zahn is terrific.

Outside of the trailer alluding to J-Lo stripping down, Zahn was one of the reasons I decided to catch this one at the theater.

He's barely in this and brings little to the story; that's why it sits at #5. It's actually my favorite movie on the list, though.

This is a comedy that will stand the test of time for generations to come. The jokes are pure and awesome and also Jack Black is in it!

This movie was perfectly cast and is honestly one of my favorite movies of all time. It has such a great atmosphere and message. If you haven't seen it, do so.

Incredible movie, all I can really say is once again...GO SEE IT.

I watched this movie on repeat three times in a row once. That makes it good to me.

Kind of a great action adventure following some similar themes as Indiana Jones. I'm not saying it's identical, but it hits on some similar keys. Check it out if you are in the mood for a fun time.


So that's what we're looking at this week. As usual, plenty of great variety, but still a strong showing from some of the most notable films from Zahn's career. Unfortunately we were without a list from one writer this week, but even still, there's a pretty good showing above. Two films, "Saving Silverman" and "That Thing You Do!", both appeared on all four lists this week, but it was Silverman with an average ranking of 1.5 that puts it ahead of That Thing's 2.3. Still though, both are quality films featuring solid performances from Zahn. And no doubt that even though "Saving Silverman" as a whole might not be as acclaimed as "That Thing You Do!", it still pretty easily features a stronger performance from Zahn, surely catapulting it to the top of this list.

Outside of those films, "Rescue Dawn" appeared on three of the four lists, while "Joy Ride" and "Out of Sight" each hit on two. Otherwise, it was all solo selections, with various little gems sprinkled throughout.

So as always, we hope that each of these film selections helps you to expand your knowledge of Steve Zahn's filmography, and leads to better and more enjoyable all-around viewing experiences.