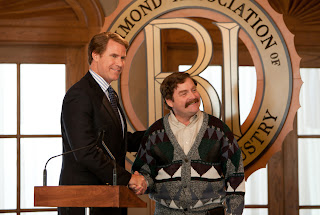 More of a raunchy comedy than biting political satire, "The Campaign" probably won't achieve any sort of cult status or be the shinning moment in any of the actors' carriers. However, it is a fairly satisfying dark comedy that has a few things to say about business and politics that aren't exactly new, but continue to be increasingly relevant. Definitely a fun way to spend an hour or so.

"The Campaign" is film about dirty politics, and more importantly, the motivations within rival parties. Marty Huggins, played by Zach Galifianakis, is the naive moral voice that only wants to make things better for his home town. Backed by greedy businessmen, the Motch brothers (Dan Aykroyd and John Lithgow), Marty unbeknowingly becomes the potential figurehead for their selfish intent on passing regulations that will make them richer. But in order to get Marty in office, he must defeat former congressmen Cam Brady (Will Ferrell).

Most of the film covers the low-balling smear campaigns the candidates engage themselves in. Ferrell and Galifianakis work well together, creating an interesting contrast. Galifianakis focusing on little subtleties, while Ferrell is the usually abrasive meat-head. It tended to be quite funny more often then not, but after awhile, I kind of felt like it was one long routine. It became quite tiresome as some gags felt completely forced and unnecessary.

If the script was more focused on the characters and/or plot, and less on penis jokes, they could really have had something memorable here. Sure, the message is quite clear, and the satirical jabs seem to be spot on, but using the over-the-top style raunch just seemed like an easy way to garner some laughs. Although, the dinner scene with Marty and his family was probably the funniest in the film.

"The Campaign" is easily an above average comedy, containing numerous chuckle-inducing scenes. With some more fine tuning and less reliance on safe, crude jokes, it could have become a classic. It was nice to see this sort of film coming from Hollywood, but at the same time I couldn't help but wonder, is it just an attempt to soak up some revenue from the general distrust in the government and corporations that influence its regulations? 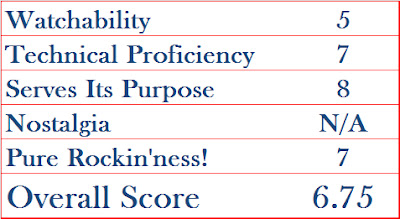