In Anticipation: "The Possession" 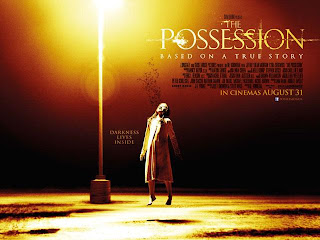 Welcome back to another installment of In Anticipation. This newest segment focuses on the upcoming horror flick "The Possession", produced by Sam Raimi and Rob Tapert, under the Ghost House Pictures banner. Ghost House Pictures is responsible for genre films such as "The Grudge", "30 Days of Night", "The Messengers" and "Drag Me To Hell". They will also be responsible for the upcoming remake of the cult classic, "The Evil Dead". I'm not a huge fan of the majority of their filmography, but most of the wide releases are generally worth a watch and actually showcase some interesting direction.

"The Possession" is supposedly based on a true story about a demonic possession involving a young girl and a haunted dibbuk box. While this might not be a summer blockbuster title like "The Dark Knight Rises", "The Expendables 2", or "The Amazing Spider-Man", it is still a high profile release that aims to send some chills down your spine during this excessively hot summer season. The film will release on August 31, 2012.

Hit the jump for my thoughts on this anticipated, horror release! 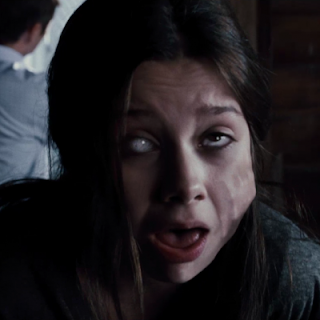 Based on a true story, THE POSSESSION is the terrifying story of how one family must unite in order to survive the wrath of an unspeakable evil

Clyde (Jeffrey Dean Morgan) and Stephanie Brenek (Kyra Sedgwick) see little cause for alarm when their youngest daughter Em becomes oddly obsessed with an antique wooden box she purchased at a yard sale. But as Em’s behavior becomes increasingly erratic, the couple fears the presence of a malevolent force in their midst, only to discover that the box was built to contain a dibbuk, a dislocated spirit that inhabits and ultimately devours its human host.

Sounds like an interesting touch on an age old tale and stale genre. The most intriguing aspect is that the film is based on an article by the Los Angeles Times (click here for the article) in 2004. I won't go into any specifics beyond the fact that the haunted box was sold on Ebay (click here for the auction page). If you want to read more in depth about this odd tale, the complete history on the Dybbuk box can be found on Wikipedia (click here). As much as I'd like to believe that there are supernatural forces beyond our understanding, this feels more like brilliant grassroots marketing; it truly is a beautiful plan. 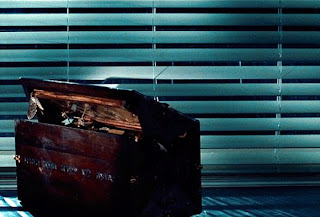 Regardless of the backstory, there is a lot to be worried about with this film. We have seen countless possession flicks, especially ones claiming to have factual authenticity, and the plot is extremely generic. With that being said, this film better be inspired, because these types of movies are starting to become an extreme bore. They just aren't shocking anymore. There are some standout titles in the genre, but this might suffer from a common disease that many films, not just in this genre afflicted by: familiarity. Following a formula might be a safe way to make some money, but it hurts a horror film if the intent is to scare the audience. I'm confident that I could describe how this film will play out with near perfect accuracy. So, if I'm familiar with the plot structure and setup, then how is this supposed to make me uncomfortable? Effective horror knows how to play with uncertainty and fear of the unknown and hopefully this can do something new with the affected child and family crisis scenario. If Ole Bornedal can craft some suspense, accompanied by well placed, disturbing imagery, this might be memorable.

The atmosphere, tone and music choice from the trailer are the main driving forces propelling me to give this film a shot. One of the things that is lacking in most modern horror titles is a catchy music score that sets the vibe for the story. Just pop in "Phantasm", "The Exorcist" or "Halloween"; those melodies will remain forever ingrained in your head. If "The Possession" can muster up some inspiration in that department, while not relying on ominous tones to build tension, this could have some repeat viewing potential. 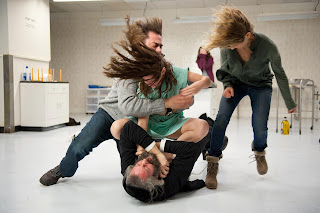 Another angle that this could benefit from, is focusing on the psychological aspect and not completely relying on standard jump scares and unnatural, frightening images. The audience has an idea how terrifying the situation is, but how is this really affecting the family? What kind of strain and anxiety is this putting on their minds, bodies, and relationships? I guess it all boils down to what they want out of this material. Is it just going to be a creepy thrill ride? Or, did they try to imbue some sense of thought and purpose that forces us to relate to the characters?

With those concerns out in the open, I will say that the casting seems to be in the right place and there are some interesting shots from the trailer that instill those particular scenes with some much needed energy. Come August 31, we will find out if this is really worth our time or just another lonely title that is soon forgotten. While there is much to be doubtful for, I will try to keep an open mind.
In-Anticipation