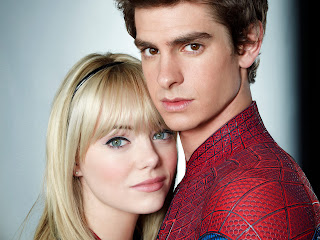 
Rest assured, The Amazing-Spider-Man is a worthy reboot that will  have most of us eager for its inevitable sequel.  While Marc Webb doesn't have the manic bravado Sam Raimi brought to the table, he was able to weave a story that digs deeper into the life of Peter Parker than the previous trilogy could muster in three films.  It tends to suffer a little from borrowing a few plot points from Spider-Man (2002), but it more than makes up for certain shortcomings by focusing on the consequences of one's actions and what it means to be responsible.

Peter Parker's parents mysteriously left him as a child, and a quest for answers brings him to his father's former partner, Curt Conners.  This encounter changes the course of his life by  stumbling onto an experiment that gives him superpowers.  Things take a turn for the worse when he gives Conners a formula (found in his father's secret documents) that will revolutionize cross-species genetics.  He must deal with this transformation and the consequences of his actions while coming to terms with what it means to be human and all the drama that comes with being a teenager.

Marc Webb showed a lot of respect for these characters and the legacy of the source material.  Yes, there are some changes, but the themes are still intact.  "With great power comes great responsibility" is the main focus of this film and really hits on all story arcs from Peter's relationship with Gwen to the naive attempt at helping Curt Conners with his research at Oscorp.  While the previous trilogy hit similar themes, this film really dug into how Peter dealt with responsibility on all aspects of his life.  That is the heart of the source material, and this film might be the best representation of that aspect.  The fact that this is another Spider-Man origin story sort of weighs the film down. However, people who haven't seen the previous trilogy might get the best experience from this. I can't help but feel that Marc Webb has an epic sequel ahead much like Raimi's Spider-Man 2 (2004).

I do have to point out how great the cast is.  Rhys Ifans gives a layered performance that might be the best out of all the Spider-Man film villains.  Sally Field nails the part of Aunt May and her relationship with Peter is a testament to the excellent writing in the Ultimate Spider-Man comics.  Emma Stone is always adorable.  Fellow Slacker, Andy Schopp said it was great that we finally get a love interest for Peter that isn't "completely worthless" and I fully agree.  Her portrayal of Gwen Stacy washes away that stale taste of Kirsten Dunst's Mary Jane with ease.  Dennis Leary owns the part of her father, Captain Stacy ,and his story arc might be one of the most effective aspects of this film.  And of course, Andrew Garfield.  Sorry Tobey, this guy is Peter Parker.

The film succeeds on many levels, from the more realistic portrayal of these characters to the relationships that exist between them.  However, it tends to drag at times which is definitely the biggest problem, and there is no James Jonah Jameson (return of J. K. Simmons for the sequel?).  Also, the score doesn't really heighten the experience until the final act.  That being said, this is still  a must watch.  Spectacular choreographed fight scenes and a convincing love story make for a great summer flick in a time where a pot smoking bear and male strippers rule the box office. 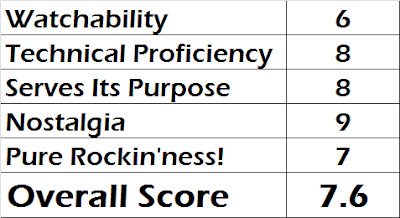 If you're in the UK, check out ODEON's site for tickets and show times!
Ben Foutch Movie Review