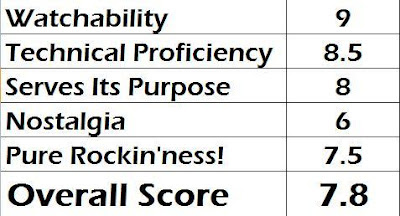 In case you ever missed it, I wanted to revisit this post, which we originally debuted back in the beginning of April. I realize that we have more readers now, and now that we're focusing more on getting reviews up, you should be familiar with what those little rating blocks mean at the bottom of every review.

You've surely seen the way we approach films and that our ideas of what makes something "good" are a little different than you're going to find from most other sites. Our main priority is always enjoyment; we want to show you and talk about films that we think you'll have fun watching. That being said though, finding a balance between what is technically good and what is good because it's nostalgic or sweet has always been tough for us to express. We appreciate all aspects of film, so when we give you a review, we want to make sure you know the exact reasons we're either promoting or discouraging the film. While we always try to be as informative as possible in the actual review, bottom-line stats can sometimes get diluted.

That's why we created the above graphic. It breaks down the specific elements that we feel most contribute to a films success of failure. It simplifies it of course, but that's the point.

As you've surely already seen, if you take a look at the photo above, that's the exact image that will be at the bottom of every review. As you can see, there are five different categories: Watchability, Technical Proficiency, Serves Its Purpose, Nostalgia, and Rockin'ness!. If you haven't figured it out by now, each category will get a rating from 1-10, 10 being the best, and then the composite will calculate at the bottom for its overall rating. What we like about this setup is not only does it give you a very specific 1-10 rating system, but it also shows exactly how we got there. Normally, you give something a 7/10 - how did it get there? What went into your calculation? With this, you can see exactly the areas it excelled, and how it got its final overall rating. It makes it more accessible and relatable for you.


The funny thing about this system, and the fact that it's just getting rolled-out today, is that it isn't new to us. We actually developed the model five or six years back when we first started discussing movies on our radio show. Back then, it didn't mean much, and we didn't even do much in terms of full-on reviews. But since we always seemed to talk about movies anyway, eventually an agreed-upon rating system was created. All of the categories above are ones that we felt most necessary when explaining why we do or do not like a movie.

The first category is Watchability. We've discussed this aspect at length many times on this site. If you don't know what it is by now, then you haven't been paying attention. But basically, it's the simple philosophy of how often a film can be watched and still entertain. Generally, the more often you can watch it, or more specifically, want to watch it, the better it is. That seems silly, but you'd be amazed by how much the movie industry as a whole completely disregards this aspect. We want watching movies to be a fun experience. Watchability is a huge factor that we want to make sure people never forget about.

Next up, Technical Proficiency. This category pretty much defines itself, but just in case, it's how well the film is put together technically. Is the sound good, is the editing effective, is the direction clean, is the acting solid, etc., etc. This is all of the stuff that we believe usually gets all of the attention with most reviews; and while important, for us, it's just one of five. 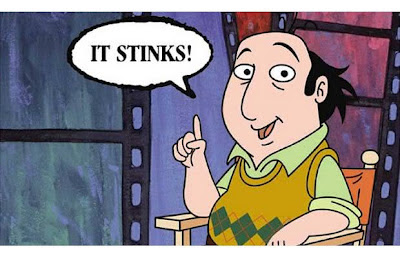 Serves Its Purpose. With this category, it's how well the film succeeds in doing what it was made for. Whatever the tone or genre for the film, is it doing what it's supposed to be doing? Take Sam Raimi's films. They're cheesy, but that's his style. You have fun with them and appreciate the campiness. Or with action movies. Is "Fast and Furious" succeeding in being a pure action movie with tons of adrenaline and entertainment? Even if you want to mark it lower in other areas, it does succeed here, garnering high marks. Likewise, if a film falls flat or doesn't live up to what we're needing to get from it, it will lose points.

Then we have Nostalgia. For newer films, this won't always have merit (for those cases, you'll see its box marked with an 'N/A'), but for a lot of films, this plays a huge role for us. Nostalgia is important. Sure, a lot of the movies we grew up on weren't always technically sound, but so what? They helped shape us and gave us this love for the medium that we still hold today. We're a nostalgic generation. We love remakes and sequels as they remind us of a simpler time. And we feel that should be recognized and rewarded. That being said though, nostalgia might not always translate the same way for all of us, so this works two ways: if you have similar nostalgic feelings about a subject that we do, and we rank a movie very high in that category, you'll probably want to check it out; but if you don't get any of those same emotions, and you see a film ranked very high in nostalgia and low everywhere else, it might not be the best option for you. So either way, you should be aware when something like nostalgia comes into play for our selections. Obviously this category will really show its colors with older movies from our past, but it will even be applicable for some newer releases too. For adaptations of older series or franchises, things like "John Carter" or "21 Jump Street", they could garner a high Nostalgia vote even though they've just released. Bottom line: don't be surprised if you see the 'N/A' in this category every now and then, but also don't be surprised if you see a rating for a newer release either.

And then there's Rockin'ness!. Yes, the category is silly. But we know it is. This is just a category for that little bit of unexplainable extra in a film. Did it blow us away? Was it epic? Was it just plain awesome to watch? This is our area where we can give a really fun movie those extra points in ways that aren't always calculable in regular reviews; likewise, if a film was supposed to be "rockin'", like let's say "Clash of the Titans" (2010), but it came up short, we'd dock it points. It's a category to play around with and basically just let you know how much fun a movie is. Again, there will be instances where this category never comes into play at all - something like a character drama might not be very rockin', but it still might be a really good movie that we really enjoy/respect. And then just as with Nostalgia, if that's the case, we'll simply fill in an 'N/A'.

Overall though, these are the five aspects that we really want to stress with regularity in our film reviews and discussion on this site. They fuel what makes for fun and interesting movie-going experiences. At the end of the day, we want to be able to show you what we think you'll genuinely enjoy going home and watching.

Hopefully this rating system and layout will end up being a great visual guide for your reference, and something that will provide further insight not only on the site's movie reviews in general, but also our specific personalities and how we see films.