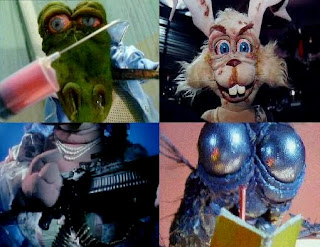 Lurking in the filmographies of most great directors that started from the ground up, are films that test the boundaries of taste, but still straddle the line of genius. Academy Award winner Peter Jackson, widely known for the hugely successful Lord of the Rings trilogy and the splatter classic Dead Alive is also known in smaller circles for a little film called, Meet the Feebles. Equal parts vile and cuddly, Feebles weaves a story of sex, lies, drugs, murder, and muppets.

The story revolves around the "Meet the Feebles Variety Hour" and all of the behind the scenes drama before an important live performance. During the course of the film, these puppets have to deal with drug addiction, porn, sexually transmitted diseases, murder, extortion, date rape, body weight issues, Vietnam flashbacks, and numerous secretions out of body orifices.
To put it simply, this movie is hard to sit through. The novelty wears off during the first few minutes, and the weak script just hangs on for dear life. However, the direction is excellent, even for this low budget, early effort from a young director. I don't think that in the history of my life I've been so impressed and equal parts bored during  a film. Peter Jackson must of had superhuman powers of perseverance and number crunching to see this thing through and make it remotely watchable.


If you want to experience the filthy side of show business told by puppets through the eyes of the guy that brought you The Lord of the Rings, then by all means check this out - if you can hunt it down. Is it a necessary edition to your film palate? Yes, this film is a must see, but strictly for educational purposes. 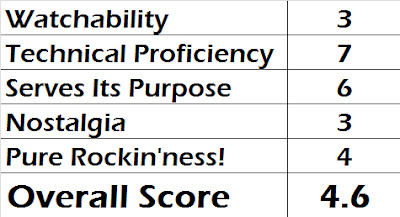