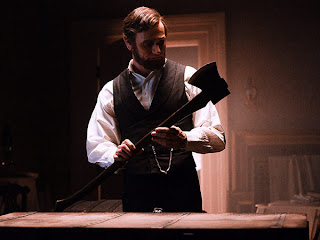 Political hero by day, slayer of the undead by night. Honest Abe uses his charismatic speeches and mad ax skills to end slavery and carve through some blood-thirsty vamps. Sound like good time? To a certain extent it is. However, director Timur Bekmambetov doesn't quite hit the mark, leaving us with a disjointed yet adrenalin soaked pile of above average mediocrity.


Early in childhood his mother met an untimely demise from the hands of a vampire. It was from this moment that Abe swore revenge to the dirty blood suckers. With the help of Henry Sturgess (Cooper) acting as mentor, Abe learns how to channel the powers of truth and fight for the future of mankind. Through his trials of slaying and studying law, Abe becomes interested in politics. However, he soon learns that his life long dream of ending slavery plays a little too close to home for his undead enemies.

First of all, the tone is way off on this film. What should have been the rightful heir of horror/comedy cultdom, instead falls into the trenches of standard action fare (although the premise does add some novelty). At one point early in the film, during a training montage (always been a sucker for those), I thought Timur was going to pull it off. I soon realized that he wanted me to take this seriously. How can I take this seriously when an ax wielding Abraham Lincoln is slicing and dicing his way through vamps like he's Buffy? Don't get me wrong here, those action scenes are top notch and were pure eye candy. Timur knows his way around choreographed violence and doesn't drop the ball in that regard. He also pumps up the atmosphere. His use historical sets and dark scenery make the film more inviting than it should be. I think the film just needed more camp. He's lucky that his animation team are frickin' gurus.

Like most big budget action films, the character development takes a backside to the mayhem. Abraham Lincoln: Vampire Hunter doesn't stray from this formula. You'd think that this fictional take on an american icon would want to explore some aspects of his personality, but instead we really only walk away with the fact that he is a man of his convictions. If we are trying to take this like a serious action film, then shouldn't we care about the protagonist? That being said, all of the actors did a good job with the flawed script and uneven tone. Benjamin Walker gave a convincing performance and Rufus Sewell's ability to portray the embodiment of evil is always consistent.

I know this review sounds more negative than it should be and might possibly deter some of you from seeing this. Just keep in mind that this is a great popcorn flick. Nothing more or less. Solid action and hardcore vampires (that rival the ones from "30 Days of Night") will probably satisfy an urge to unwind after a long, hot summer day. Just leave all expectations and hopes for the next guilty pleasure at the door. 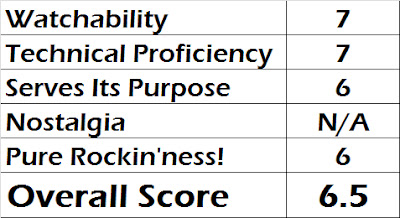