In Anticipation: "The Amazing Spider-Man" 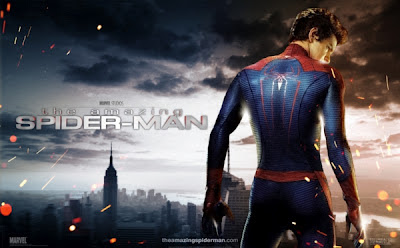 The the summer slate of movies is really starting to roll around, and it's inspired us to try out something new with the site. As we've seen great films like "The Avengers" and "Prometheus" already hit theaters, we realized that the anticipatory coverage we've provided for each film has been a less than desired. We've posted about all of the popular topics on each film, but we've never really got the chance to just write about our thoughts on one specific film or give you in-depth looks into films ahead.

For the most, part we'll be focusing on some of the films we're personally looking forward to, but we really want to try and blanket the coming months and year fully, and provide coverage on many different genres and styles of films. The plan for this series is to preview one upcoming film every week or two, rotating between different writers here, to provide different perspectives and insights on some of the films you can look forward to in the coming months.

We'll start off the first installment of this weekly post with "The Amazing Spider-Man". Hit the jump to check out tons of coverage on the film, and to better get acquainted with what will surely be one of the biggest films of the summer!


First off, we'll start with the overall synopsis for the film, released by Sony Pictures. This latest version of the Spider-Man tale is directed by Marc Webb, and stars Andrew Garfield, Emma Stone, Rhys Ifans, Denis Leary, Martin Sheen, and Sally Field.


One of the world's most popular characters is back on the big screen as a new chapter in the Spider-Man legacy is revealed in "The Amazing Spider-Man." Focusing on an untold story that tells a different side of the Peter Parker story, the new film stars Andrew Garfield, Emma Stone, Rhys Ifans, Denis Leary, Campbell Scott, Irrfan Khan, with Martin Sheen and Sally Field. The film is directed by Marc Webb from a screenplay written by James Vanderbilt, based on the Marvel Comic Book by Stan Lee and Steve Ditko. Laura Ziskin, Avi Arad, and Matt Tolmach are producing the film in association with Marvel Entertainment for Columbia Pictures, which will open in theaters everywhere in 3D on July 3, 2012.

"The Amazing Spider-Man" is the story of Peter Parker (Garfield), an outcast high schooler who was abandoned by his parents as a boy, leaving him to be raised by his Uncle Ben (Sheen) and Aunt May (Field). Like most teenagers, Peter is trying to figure out who he is and how he got to be the person he is today. Peter is also finding his way with his first high school crush, Gwen Stacy (Stone), and together, they struggle with love, commitment, and secrets. As Peter discovers a mysterious briefcase that belonged to his father, he begins a quest to understand his parents' disappearance – leading him directly to Oscorp and the lab of Dr. Curt Connors (Ifans), his father's former partner. As Spider-Man is set on a collision course with Connors' alter-ego, The Lizard, Peter will make life-altering choices to use his powers and shape his destiny to become a hero. 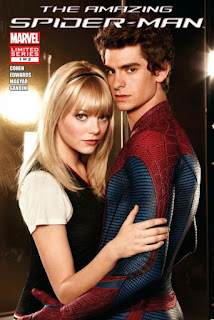 The film, which is set for a July 7, 2012 release, looks to dig more into Peter Parker's past than any of the previous Spider-Man films did before. Personally, I'm very interested in this storyline, and I think it will make for a great retelling of this tale. I think the casting overall is strong, and I don't see any pieces that stand-out as questionable to me. While I'll always respect just about everything that Sam Raimi does, I'm not sure he had the best vision for those films (though, many say that they were great representations of the comics, and even then, it's widely known the studio pressure that was put on him for different aspects to include or not include). So even though I didn't love those films, I'll never fully blame Sam Raimi for it. But that being said, from the moment I heard about the casting, up until the final scene of the last movie, I was never on board with either Tobey Maguire or Kirsten Dunst in the lead roles. They're both fine actors, but neither did it for me in this venue. I think Garfield should provide for a little more prototypical Spider-Man, and though she's playing Gwen Stacy and not Mary Jane, I think Emma Stone will do a solid job here too.


In terms of what we've already seen from this film, there's been a lot. We've seen countless trailers and photos, all showing off some great aspects of the film. We know that Dr. Connors/The Lizard will be the villain, and we're finally starting to see some great imagery of him. It's a visually difficult character to bring to life, but it looks good so far. Here are a few videos on the film, the first being the four-minute extended trailer that was released about a month back, and the other is a featurette on Ifan's character, Dr. Connors/The Lizard.


I really haven't seen much to dislike from this film so far. I never read any of the comics or anything, so other than what the previous films showed and what we've seen so far from this film, I'm fairly unfamiliar with the franchise. And even though I've never been into comic books of any type, I still generally enjoy comic-book movies. The best for me are when the studios can find a perfect balance between seriousness and classic comic-style humor. And from what I've seen here, I think this film has a chance to achieve just that; I think this could end up being one of the more enjoyable watches of the summer and overall for the genre.

Behind the cameras, I do have some mixed emotions about what I feel these guys can put together. On one hand, Marc Webb, who also directed the 2009 film "500 Days of Summer" seems like a great pick to deal with the angsty Peter Parker and his up-and-down emotions. I hope that Webb won't get too overly emotional with it, but I do think he has the vision to bring an aspect to this character that was not very well realized in some of the previous films. On the other hand though, the writer for the film, James Vanderbilt, also has such screenplays to his name as "The Losers", "Basic", and "Darkness Falls". I wanted to like each of those movies, but overall, I think each of them left something to be desired. They all fell pretty flat in my opinion, and afterwards, none of them left me caring at all about what they had to offer. That doesn't always mean everything, but at the same time, it puts questions in my mind.

Overall, this will be a film worth checking out though. Regardless of who you are or the type of movies you're regularly into, I think this has a chance to be a very entertaining fill for all. I think everyone involved with this movie can look into the past successes of films like "The Dark Knight" and even more recently, "The Avengers", and see what fans are truly looking for in a film like this. Sony is going to have to put a little more faith in the filmmakers they've hired than they presumably did last time around, but I think if they do, there's a good chance this one can succeed.
In-Anticipation