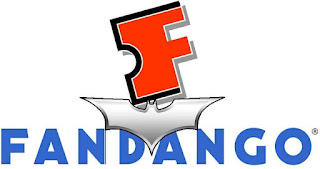 If you're reading this post then you're probably already aware that The Dark Knight Rises Ticket Pre-Sales started earlier today (or, if you're not reading this on first posting, started June 11th). If you're like any of us here at this site and go to more movie showings than you can keep track of, then you know the benefits of purchasing your tickets in advance for big movies like this. I post about this because not only has our site been given permission to help with ticket purchasing for this upcoming film, but I actually have a story that I can share on the subject that might provide valuable insight into the situation. It's a horror story though, so beware!

It was 2008. I was on my way to meet up with my friends at the movie theater for the midnight showing of "The Dark Knight". I foolishly arrived only an hour or so before showtime and thought I'd be just fine. I was wrong. After finally finding a spot to park, I had  to head to the very back of the line, which wrapped outside and around the side of the building. I was stuck behind what was probably thousands of people. Before cementing my spot in line, I peeked inside the building to to see what the atmosphere was like. I saw a couple of my friends right near the front, excitedly waiting to get in. They told me days before that I needed to get there extra-early. I shrugged it off and thought my hour+ would be just fine. But as fate would have it, it was not. With as far back as I was, by the time I got to the front, they were sold out. And while luckily I was with a few other friends and not completely alone, I was left outside, movie-less, while some of my other friends happily enjoyed the first screening of the epic film. Right then I knew that if I would have just purchased my tickets beforehand, this never would have been an issue. From that day forward I vowed to never get stuck in that situation again. And now, as the third and final chapter to Christopher Nolan's Batman trilogy rolls out, I know this film has a chance to be the biggest one yet! This is the first film this summer where I really feel like I need to get my tickets early (probably mostly due to my trauma from its previous installment) and avoid any issues that could otherwise arise in this experience.

Anyway, the moral of the story: don't be naive like I once was. Whether it's for the midnight release of the film, sometime during its opening weekend, or even just a random day down the road, don't expect that with a film as large as this that you'll be guaranteed a ticket on walk-up. I've seen it happen too many times, and it's never fun. While it pains me to relive this horror story - I mean, I had to wait until Friday afternoon to finally see the film! - I'm happy to share it with all of you if it helps to save another soul from the same fate. I've included a link below to Fandango's website, where you can pre-order your tickets for this film and guarantee peace of mind.

Don't get sold out! Buy advance tickets to "The Dark Knight Rises" here and ensure your seat!