The Greatest Movies of All-Time, According to the Internet 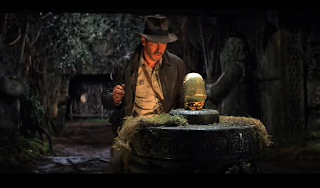 This is a pretty interesting list that FilmSchoolRejects just published. As you're well aware, we're kind of into lists at this site, so anytime something catches my eye that has to do with them, I'm usually into it. So when I saw that this top 10 list ranked the ten best movies of all time, I had to check it out.

What's unique about this list was that the test group was based much more around our generation than some of the seasoned critical veterans we've grown up around. The list aimed to uncover more of what this new wave of film buffs truly described as the 'Greatest Films of All Time'. So it's interesting to kind of see that cultural shift taking place with this top 10 list, even though no one's trying to say any of these films should definitively be on any lists.

There were a handful of films that you could kind of toss out from any generation of film fan that will probably always make these kinds of lists, but there were also some nice surprises.

Check out the full Top 10 list after the break.

So Film School Rejects put together this study, by polling various online film critics (representing the modern wave of film analysis) and a handful of younger filmmakers. You can see the full process on their site (by the way, do make sure to check it out at some point because they have places 11-20 as well, and with selections like "Aliens" and "Fight Club" you can see a much stronger example of our demographic), but ultimately they did what most would do for this test - assigned point values depending on the rankings, and basically just compiled the stats; the most points ranked number one.

Here's what they came up with (point totals in parenthesis):

So let's break these guys down. First we'll just kind of move past that handful of films that we know everyone respects and would be putting on their lists - "Casablanca", "The Godfather", "Citizen Kane". I'm not taking anything away from those films, we just all expect them to be where they are.

The next block is kind of that middle block that's still classic but provided maybe a little more in their viewing experiences than what we were used to from previous masterpieces at the time. Those films are "2001: A Space Odyssey" and "Vertigo". Both are really great films, and I think it's these two spots where you can kind of see our more youthful generation putting its twist on the 'Classics' section.

Then we go to the two foreign films showing up on this list - "8 1/2" and "Bicycle Thieves". I'm not sure if these selections surprised me or not. I'll be the first to admit that I'm not generally into foreign classics that much, but I'm well aware of these films' impact on cinema. So while I wouldn't be including them on my list, I think overall I'm happy to see them here. If for nothing else, when older, more established critics look at this list, it might bring a slight surprise to their face; I think most critics think our generation is a bunch of useless idiots - this strong artistic showing proves that there is still a respect for this type of film.

But then all hell broke loose. The remaining three films are all modern blockbuster varieties, and something I'm ecstatic to see at this site. "Star Wars: Episode V - The Empire Strikes Back", "Raiders of the Lost Ark", and "Back to the Future" all showed up, and really put the youthful stamp on this list. I love all of these films, and I'm so happy to see them show up here. "Back to the Future" is the biggest surprise all-around, but that's what makes it the greatest film to see show up. Also, I'm glad that Episode V made the cut, not just the prototypical "Star Wars" (not that there'd be anything wrong with that though). Many believe that this film is the best overall Star Wars film (it'd be hard for me to disagree), so the fact that it was this film shows me that there was real thought and effort put into these lists - it wasn't just 'okay, let's write down 'Star Wars', 'Indiana Jones', etc'.

Really though, probably the most interesting aspect of this entire exercise is the usage and definition of the word 'Greatest'. I think more than anything this list is starting to show the shift in what film enthusiasts think of as the greatest. Before, I think when critics were met with this question, it was the soundest examples of technical proficiency they could find. That was what made a great film. Now, as you can see to an even more extreme level on this site, the term greatest is more about favorite and most amazing. Nowadays, the 'best' films aren't necessarily the 'greatest'. We like some entertainment with our movies, and I'm glad to see that aspect represented on this list. I think overall this list is a fantastic microcosm of exactly how the modern intelligent movie fan approaches film today. There are films that we respect and admire, but even in those, it's about entertainment and enjoyment. That's the standard we hold films to today.

So all of that being said, this begs the biggest question of all: what would you consider the greatest films of all time? Or, which films from this list do you think are lease deserving?
Top 10 List