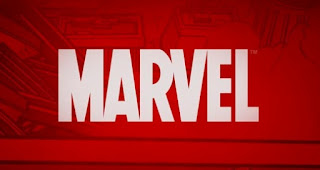 This isn't exactly noteworthy, but I came across this and thought it was pretty cool. There have been lots of versions of these things released over recent months and years, but this one is "officially" from Marvel and offers one of the less chaotic views at the entire spectrum.

Basically, the infographic attached is a timeline breaking down each Marvel film, including the most recent "The Avengers", and laying them out in an easy-to-read manner. If you're anything like me, all of these films with their bonus after-the-credits scenes, Captain America from WWII times, and Thor floating around the universe - I can't keep track of who' goes where and how all of the films mesh together!

Well worry no more. After the break you can get a detailed look at exactly when each film and pivotal moment took place. This thing actually looks really nice and it's neat to see all of the films laid out like this.

What do you guys think? What's of most interest to me is "Fury's Big Week". It seems really neat how many of the films overlap each other without us even knowing.

Like I said, this isn't anything we've been dying to see - okay, maybe it's kept a few of us up at night - but regardless, it's cool to look at.