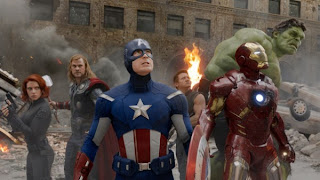 Can superheroes introduced in their own individual films continue to shine and stand out equally when they cinematically move in together? Find out below!

Amongst all the special effects and action encased within, “The Avengers” finds a way to thrive outside of mere spectacle. By balancing equal importance throughout the ensemble cast of characters, especially in the first act, the movie is never reduced to thoughtless action sequences during the climaxes. The steady start up to the film could be described as slow, but this time provides the exposition needed to get you to an understanding of the events about to transpire. This time is also used to refamiliarize the audience with each character we’ve been introduced to in the Marvel Studio films leading up to “The Avengers”. We are reminded who they are and the stakes involved with each of them.

Once we reach past the first act each character, even those residing on the sidelines, finds their moment to shine. Thanks to the first act those shining moments are never gratuitous. We encounter real growth within each individual member of The Avengers and watch them apply their personal improvements to the advancement of the team. We see a cast of characters who we would expect to perform better as lone wolves become a team. We see Iron Man, Captain America, Thor, Hulk, Hawkeye, and Black Widow become The Avengers. This isn’t mind-numbing action on the screen. Every moment has purpose.

I do have to criticize some of the action sequence set pieces. They looked like sets, which is only a good thing in movies like Lars Von Trier’s Dogville. I think most of that could have been fixed with more extras filling the space. With the sets being so vacant of extras it made the debris and abandoned cars look deliberately placed rather than fortuitous due to instant mass mayhem and peril.

I think another thing this movie lacks, along with all of the Marvel Studio movies, is an exceptional theme score. If The Avengers had a score that could be as easily identified in the first few notes as say the Star Wars, Back To The Future, Jaws, or Titanic scores, the movie would operate on a whole another level of Pure Rockin'ness.

It seems the most important prerequisite needed to become one of Earth's Mightiest Heroes is wit and great comedic timing. This is where it becomes evident that Joss Whedon serves as a major mastermind behind the movie. Serving as writer and director, Whedon not only turned out a compelling high stakes story to follow up previous Marvel films, he also did it with a strong blend of humor. I find myself craving all superhero movies to hold a tone similar to Christopher Nolan’s Batman franchise. This movie in no way lives in that tone; and it doesn’t need to. Whedon’s writing and directorial style is so dexterous that the movie doesn’t require existing in one tone. He’s able to make all the high stakes action, moments of drama, campy costumes (some reaching Power Rangers level), witty remarks and humor reside together competently; much like The Avengers themselves.

I also want to credit Whedon on turning Black Widow, who I previously cared nothing about, into an interesting character for me. As he did with Buffy The Vampire Slayer, Whedon turns female stereotypes on their head. Black Widow uses male arrogance and their inherent want for cultural feminism to gain the upper hand on those she interrogates. Manipulating men though their assumption on what defines a woman is a highly effective tool in her arsenal. What “Iron Man 2” couldn’t do for me with Black Widow, Joss Whedon certainly did in “The Avengers.”

I was afraid that the delay in action in the first part of the movie might hinder this movies performance as a whole. But that delay allowed for the action to have purpose once we were finally hit over the head with it (in the best way possible) in the final act. It goes to show how proficient the story telling is here. These days, the ability tell a compelling story and achieve action that fires on all cylinders is a monumental feat for a summer blockbuster. Where I feel like Nolan’s Batman movies transcend the sub-genre, The Avengers exists comfortably as a successful “comic book movie”. For that reason, I definitely highly recommend this movie. 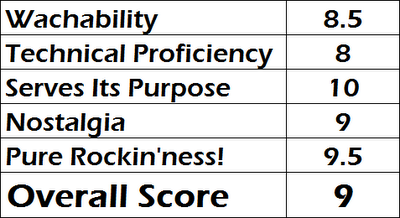