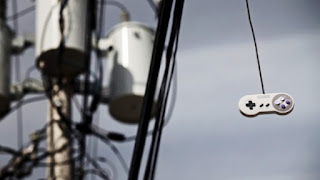 I'm not a very big gamer myself - really just give me Tiger Woods Golf or Tetris and we can call it a day - but I know some of the other members of this blog are (and I think one of them is actually working on creating his own game with the help of other Slackers Selection Production members). And regardless, the trailer for this film actually looks pretty interesting.

The film, "Indie Game: The Movie", is a documentary from Lisanne Pajot and James Swirsky. With it, they follow the development of three independent video game creators and some of their biggest projects - Braid, Fez, and Super Meat Boy. I'm not at all familiar with those titles, but surely fans of this media will be. The film has already received rave reviews at both Sundace and South by Southwest, and is coming to theaters near you within the next month.

Hit the jump for this interesting little trailer.

The film is set to first release May 18, 2012 in select cities (New York, Los Angeles, San Francisco and Phoenix), further expand over the following weeks, and ultimately make its way to VOD sometime later this summer.

For anyone interested in games, I can imagine there will be a lot in here that many can relate with. I think when the average American non-video gamer thinks about them, it's met with a attitude of laziness or childishness. And again, while I've never really been into video games myself, I do feel I understand the dedication and intelligence that it takes to put one together. So other than the enjoyment of watching the painstaking processes that these games and their creators go though, I do hope it sheds new light on this world and removes a little of that negative stigma surrounding it.

Hopefully we can get some comments below this page from the members of this blog that are gamers and see what they think about it. Otherwise, what do you guys think? Any interest in a video game documentary?
Movie Trailer