"I Know That Voice" Trailer 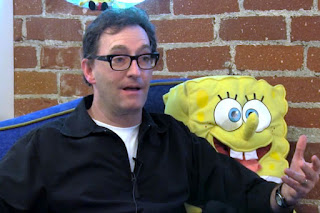 A trailer has just released for the upcoming film, and it looks pretty interesting. The trailer appears to give what we'd expect from a subject like this - a lot of different people who have worked on various different projects in the entertainment world, sitting down and telling some interesting story of their experiences and about the craft.

Check out the trailer after the break.

I think this is a really unique aspect of the film, television, and gaming world, and I know I'll be curious to sit down for an hour and a half and listen to what these people have to say. I wouldn't expect much else from this film other than these interviews and some basic background and history on the art, but if that's up your alley, then this will surely be of interest.

Here's the official synopsis for the film, which is shooting for a 2013 release (nothing more specific than that yet though):


We have collected the top voice actors, voice directors, casting voice directors, creators, agents, producers, engineers, mixers, voice teachers, voice school and all those involved in the booming voice-over industry. This is a must see documentary for anyone that wants to know what goes on behind the scenes in your favorite cartoons, animations, and anything to do with voice acting. This is the first trailer, as we are still in production on this obtaining more quality interviews for our fans and supporters.

What do you guys think? Anything you'll have interest in?
Movie Trailer