The Virginia Theatre was packed once again for the final day of Ebertfest 2012. The rainy weather wasn't enough to keep audiences from viewing Orson Welles' masterpiece, Citizen Kane. The rain was enough, however, to persuade the festival to open their doors a little early to help keep the anxious crowd dry. I am very thankful for that. Citizen Kane being the movie it is, you have to assume most everyone attending the screening has seen the film before. Seeing the film on the big screen is an opportunity that should never be passed up, but what made this event extra special was the inclusion of Roger Ebert’s award winning commentary track over the film. This event bestowed the return of a speaking voice that has been missed at the festival since 2006. 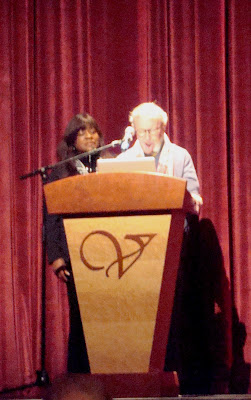 Chaz introduced Ebert to the stage to provide an introduction to Citizen Kane. He was warmly met with a standing ovation. Ebert ended his introduction to the movie by calling this a way to “sneak” his speaking voice back into Ebertfest.

It was a real treat to hear his voice play over Welles’ masterpiece. His voice was a familiar one in my childhood. Upon hearing it, my mind immediately recalled memories of watching Siskel and Ebert at The Movies; memories of lying on the living room floor where the only thing between me and Roger was a plate of my mother's French Toast stacked high in front of me.

His commentary is very thorough, providing information on the history of the project, possible influences that inspired subject matter, techniques used in the film making, mise-en-scène and shot-by-shot analysis, as well as giving information on the initial response to the film and how it grew to its legendary status.

Once the film had finished, Chaz returned to the stage. She struggled through tears, and I’m sure beautiful memories of her own, to say that was the first time she has watched the movie with her husband’s commentary track. “After all these years, I’m glad I saw it on this big screen with Roger back there and have his voice in The Virginia Theatre”, she continued through tears.

Jeffery Lerner, who produced the commentary track, and film author and scholar David Bordwell took to the stage for a discussion on the film and commentary. It was during this discussion that we learned that Roger Ebert finished the commentary in one session with no notes to read from. They commented, and I agree, that this created an honest “spontaneity” and “enthusiasm” that is evident while listening to the track, saying that it “stands alone as a performance piece”.


David Bordwell, after commenting on the density of the film, unleashed his sword on those who tweet, text, email and make calls during movies; calling those types out and stressing “it’s really important for us to pay attention to movies…because enjoying art really depends on attending to it”. Unfortunately, he was preaching to the choir. While those words may be more useful at a Paranormal Activity screening at a multiplex, we agreeingly cheered his statement as it served as a nice reminder that there are still people out there who respect the theater space. Festival Director Nate Kohn then quickly entered the stage stating that he had a note from Roger, “He sends his apologies to the lady in the lobby who was loudly demanding her money back because he kept talking during the movie… So apologies from Roger.” We all erupted in laughter.

Ebertfest was definitely an event to remember! I know I can speak for all of us here at The Slackers Selection Movie Blog when I say, we can’t wait to provide you with Ebertfest coverage next year! 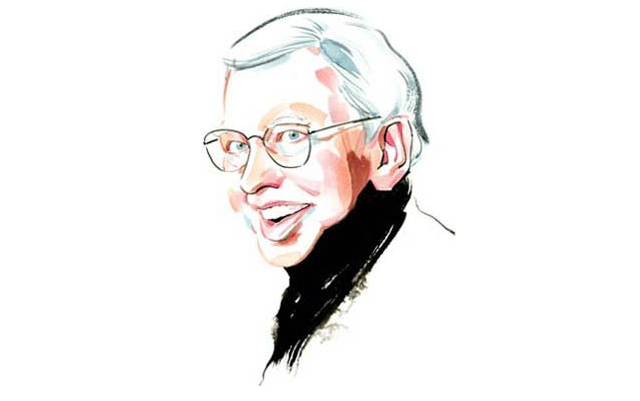