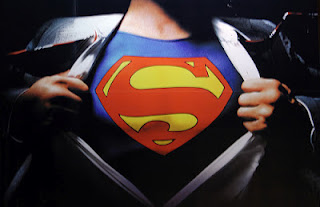 The following post isn't a regular column. It's not a review or a posting of breaking news. It's simply my thoughts on what I've been hearing from the "Man of Steel" camp. I love Superman, and there are just some thoughts I feel need addressed.

What I've been hearing is a lot about people are expecting/hoping for a "darker Superman" in the upcoming film. They want him to be more relatable, less optimistic...like Batman. Now, don't get me wrong I am not saying Batman should be "lighter", I think that dark Batman works very well. I want a dark Superman like I want a bright Batman...I don't. So there's a line that should be drawn somewhere to preserve some semblance of the character in mention.

What I'm curious about, is what people want out of a darker Superman?
There are a couple different directions you can go in order to "darken" and/or "humanize" Superman. The first is his general persona; that always do the right thing attitude. If you start dissecting that, where do you go? Do you want him to kill? Do you want him to turn his back on people who don't "deserve" help? If you want a hero that kills, watch a Punisher movie. If you want a hero that doesn't have to save people, watch Batman. Superman always has and should be about the one hero that always puts his own personal agenda aside to help those weaker than him, and believes in the good of humanity, regardless of what's shown to him. That's what he's always represented, and that's what he should always represent. He is the person that everyone strives to be like. He holds the ideals that make this world a better place...and he isn't even human!

So as far as darkening up the persona of Superman, that's a bust. Going there just ruins all wonder for the character. So maybe fan's are wanting a less powerful Superman? As far as powering down ol' Supes goes, I'm all for it. The way it stands now, I can see how some people might not be very interested. "Its easy for him to stand there and say there is good in everyone when he cant be hurt." Fair enough. But what if we took his powers completely away? I bet he still holds the same ideals. Superman is not a flip-flopper (I'm giving you the stare down Optimus Prime); if you power him down he isn't just going to decide, whelp, I guess I'm done then. I'll try being a normal/standard/scared person who will do or say anything to just keep living my life no matter what happens to others. That will never be Superman regardless of the scope of his powers. Tone the powers down, make him more physically vulnerable, sure. But if you start to compromise the attitude that goes along with what those powers represent, then again, you're completely missing on what it is to be Superman in the first place.

So I suppose I'm just unsure of what people want from a darker Superman. From what I've heard, it sounds like they simply don't want Superman, they just want another hero entirely. There have been some articles surfacing of interviews with people involved with the new "Man of Steel" movie, and what most of the actors are saying is that Zack Snyder has scaled down the boyscout aspect and darkened the tone. Here's one quote from Dylan Sprayberry, the actor who will be playing a young Clark Kent in the upcoming film:

When Zack [Snyder] and I were talking about it the first time, he was saying how Superman, they want to give it a more edgy feel like The Dark Knight but also make it more realistic and emotional so it’s not just the all-American superhero that saves everyone. He has dilemmas and love and struggles throughout the whole movie, especially when he’s a kid. 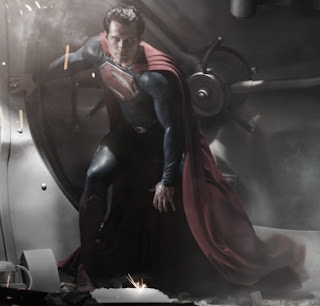 That's a fine line to walk with Superman. "More edgy"; "not the all-American superhero that saves everyone". I understand that nowadays people aren't as into the magic of the superhero. They want them to be like any old Joe who stumbled upon powers and now has to figure out how to use them. But what this kid is saying is completely taking away everything that I know I love about Superman. I love that he's clean-cut. And I love that he always put others before him. Don't get me wrong, Zack Snyder is a solid director ("Watchmen"; "300"), and I ultimately do have faith that he'll make something of quality out of this franchise. I just hope what this kid is saying isn't too literal. And while we're on it, in all honesty, do we really need a Superman movie that's a whole lot darker than "Superman Returns"? You might think that's funny at first, but think about it. That film has plenty of dark tones without compromising who he is as a character. It focuses on a god-like being returning to earth only to find it a completely different place than he remembered, with problems he isn't sure he is equipped to handle. Sure, he can lift a continent and stop bullets with his eye, but what do those powers mean when people have lost all faith in you or think you have abandoned them? I suppose people either forgot that about that movie or just plain didn't see it. I don't think I've seen a superhero movie with a more overall melancholy feel than what's present in "Superman Returns". The movie specifically addresses the lengths he would go to, even for people who no longer believe in him. He sticks to his ideals throughout, knowing that what is good for the human race might ultimately be bad for him. I just don't know how much darker you really want to get with that?

So anyway, all I'm saying in this rant is that I'm game for playing around with some of the tones in the film if that's something they feel they need to explore. But watch it. Don't go changing all of the things that make Superman what he is. You start to take some of these layers away and make him more human, and he's not even Superman anymore. I'm comfortable with most all of my other superheros being more humanized and "real"; with Superman, I want the marvel.


But I'm open to hear any thoughts that people may have on either side of the discussion. How do you want your Superman portrayed? Do you need a Superman that's darker than what was featured in a film like "Superman Returns"?
Andy Schopp