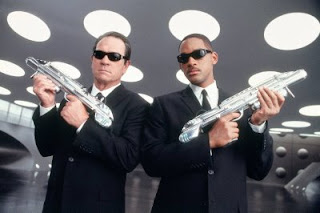 I know Derek just did a post with all of the new movie trailers, but I think this one managed to release a little after he got it up.


This is our first real look into this movie, as the first trailer for the film was nothing more than a teaser. Even before the new year, this was one of my more anticipated films of the year. I enjoyed the first two, and this one looks to only improve on the franchise.


Check it out after the jump.

I definitely love that we get a bigger look at Josh Brolin as a younger K (which, by the way, he sounds JUST like Tommy Lee Jones). And there are tons more creatures and special effects making an appearance this time around.


I've always really enjoyed the tones of these films. They're easy to watch, but still have cool sci-fi effects. This trailer only gets me more excited for this. It's probably not going to be anything epic, but it should be an enjoyable watch.