Posted by Alex Schopp on February 06, 2012
The Super Bowl marks a special day for many people. There are the sports fans who tune in for the game and the action. There are the non-fans who tune in for the funny commercials and smorgasbord of epic foods. And then there are the movie fans who know that the Super Bowl is a prime time to release new footage and TV spots for upcoming movies. Many are some of the most anticipated of the year, and others are just looking to get some interest up. 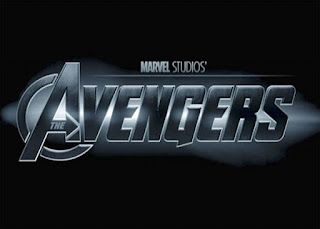 This year, three notable spots hit the airwaves, and all offered slightly new views into what these movies may have in store for us later in the year.

The first, "The Avengers" offered the most compiled movie action seen thus far from the film. Really we'd only had teasers before, so it was great seeing some actual footage here. The thing that stood out most to me was the scale of this. Obviously it has a huge budget with tons of big names involved, so it was going to go as far as they wanted to take it. But the effects look awesome, and, something I mentioned in our inaugural podcast that's going to hit in a few days, they're blowing up anything they can get their hands on (and I mean that In a good way!). Otherwise, character relationships appear to develop a little more, which is good. And we're finally starting to see everyone on the screen at the same time, which is a treat in itself.

So check out the newest spot for this film after the break as well as the ads and my thoughts for the other two notable films that made an appearance as well, "Battleship" and "John Carter".
Marvel Studios' "The Avengers" Super Bowl TV Spot:

And as I mentioned above, two other films also featured new material shown during the Super Bowl. One, "Battleship" provided a little more information, a few more aliens, and a lot more destruction. Again, something I mentioned during the podcast, I feel the same way about this movie as I did with the first "Transformers" movie. Initially I thought, sure it'll look cool, but there won't be nearly enough content for it to be an actual good movie. So expectations were set low, and by the end, I was blown away. I didn't give it enough respect. I'm not saying Battleship will do what Transformers did, but they have very similar tones. These movies were both produced by the same studios, and the types of effects look very similar. So I assume many will draw the same comparisons that I did. So I'm going to give this more credit right now than I probably would regularly, and we'll just see what happens. Here's the Super Bowl ad:

And finally, a new spot for "John Carter" also made its way to the Super Bowl. This movie I'm the least excited about of the three, but there is still some cool stuff going on. Right now, I want to say I wish a studio other than Disney was producing this one, because I think as a more adult story, this could be much more epic. But Disney doesn't always conform to their childish ways, and I am confident that they can produce a quality movie here. To me though, it just kind of looks like a more kid-friendly version of "Avatar". But we'll see. I'm curious to see what kind of reviews this gets. Until then, I just plan on remaining mildly interested with extreme caution. Here's the ad:

What are your thoughts on these three TV spots? Any of them get you more excited? Less?