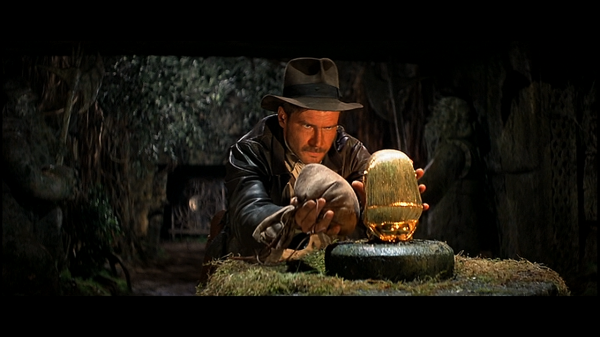 Now as Alex said before, there is an understanding that adding Star Wars to your list of movies actually only gives you about four empty slots to work with on your list. I would like to make it publicly known first before I write my list that Star Wars: The Empire Strikes Back is my favorite movie of all time. It has every element I'm looking for in a film: a lovable rogue, intense scenes of sci-fi violence, adventure on the grandest scale, and the introduction of one of the most influential puppets to ever happen upon the big screen! But since we're "unofficially" excluding the Star Wars titles from our lists, I'll move on.

So with that out of the way, I will give you my list as I see it now in my life. I can't promise you that my list will always be the same, but I can promise that the love and devotion that I put into making it will never change. We'll see if these same titles are as prominent a few years down the road, but as of now, these are the titles I best see fit for these top ten slots.


Leave comments of your own lists or simply comment on how much you like/dislike my selections. Or, if you want to ask why certain things are where they are, do that too. Remember this is not my "best" movies of all- time list, simply my favorites. Thanks for reading!
Andy Schopp Top 10 List